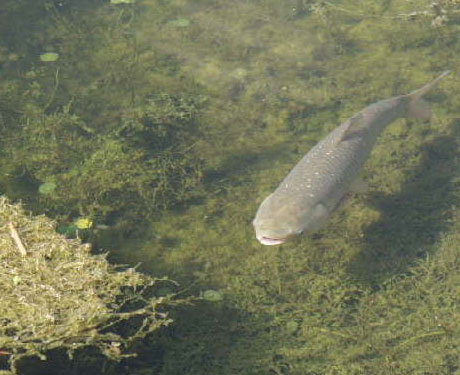 Edmonton Trucking Company Fined for Importing Live Asian Carp[/caption]Windsor, Ontario - Ever since 2005, it has been illegal to import what are termed invasive fish into Canada due to their adverse impact on the local ecology. Among those fish are the bighead, black, grass, and silver carp fish.

Yesterday, Justice of the Peace Maureen Ryan-Brode finally issued her verdict against a trucking company and its driver for illegal importation of living grass carp into Ontario on February 25 and 28, 2012. Justice Ryan-Brody took over 7 months to issue her verdict, but in the end fined Alltheway Trucking Inc. and Yong-Sheng Zhang each $70,000 and $5,000 respectively for violation of the Federal Fisheries Act.

In both incidents, the Canada Border Services Agency (CBSA) successfully did their job of preventing the invasive fish from entering Canada.

The truck contained fish on ice which were meant for human consumption, but once some living fish were found, the entire payload was seized. No one has alleged that the trucking company was behind any attempt to breed invasive fish in Canada.

Nevertheless, authorities are all too familiar with the environmental impact the fish pose and the law is clear about their importation.

Some species of Asian carp cause harm when they are introduced to new environments. The black carp feeds on native mussels and snails, some of which can be already endangered. Grass carp can alter the food webs of a new environment by altering the communities of plants, invertebrates and fish. Silver carp feed on the plankton necessary for larval fish and native mussels.

Here in Canada, the federal Department of Fisheries and Oceans has evaluated the risk of Asian carp invading Canadian waters, particularly the Great Lakes, either by introduction from the Mississippi or through the market in live carp. A few bighead and grass carp have been captured in Canada's portions of the Great Lakes, but no Asian carp (other than common carp, an originally Eurasian species) is known to be established in Canada at this time