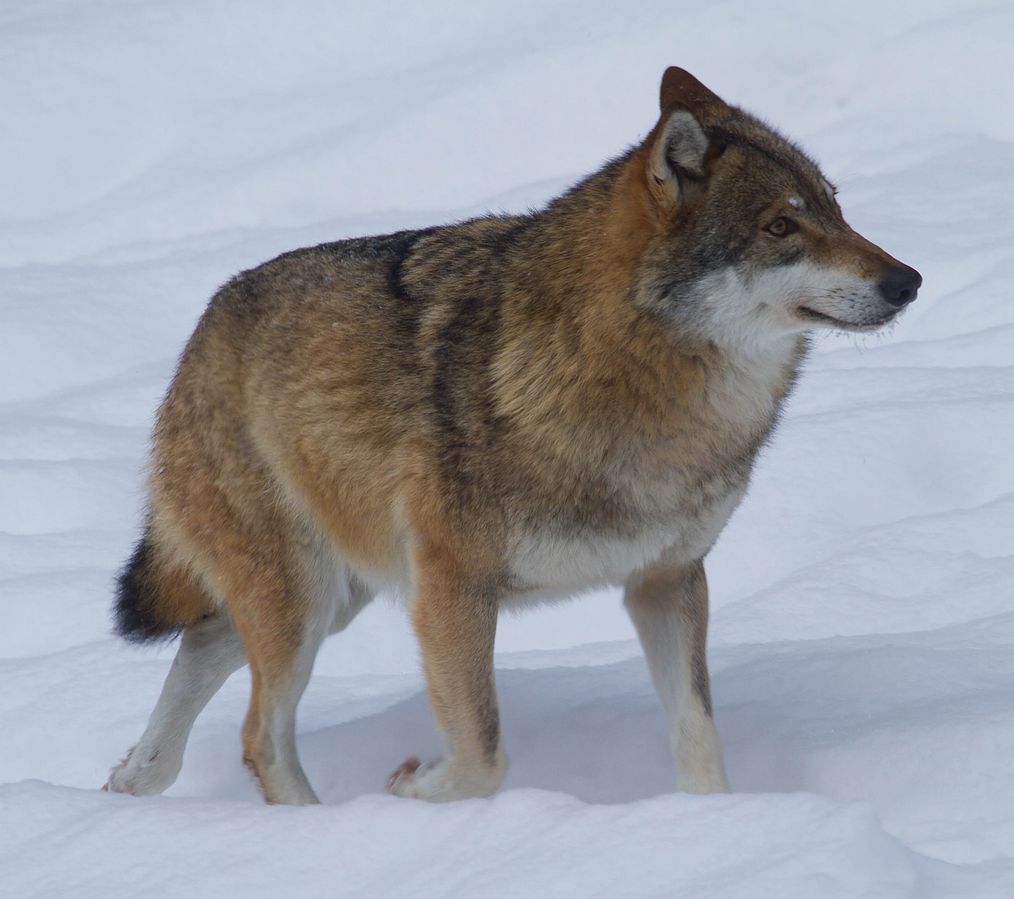 The gray wolf or grey wolf (Canis lupus) is a canid native to the wilderness and remote areas of North America, Eurasia, and North Africa. It is the largest member of its family, with males averaging 43–45 kg (95–99 lb), and females 36–38.5 kg (79–85 lb).[3] It is similar in general appearance and proportions to a German shepherd,[4] or sled dog, but has a larger head, narrower chest, longer legs, straighter tail, and bigger paws. Its winter fur is long and bushy, and predominantly a mottled gray in colour, although nearly pure white, red, or brown to black also occur.[/caption]United States Considering Removing Canadian Wolves from Protected Species List

The Canadian Grey Wolf has been on the endangered species list for years. However, they were reintroduced to Yellowstone park in 1995 in an attempt to rebuild their numbers. The number of wolves in Yellowstone reached about 1700 according to counts taken in 2012.

The steady increase in the number of wolves has led the U.S. Fish and Wildlife consider dropping the animals from the endangered species list and to start allowing killing of the wolves if necessary. It is important to note that the population has exceeded its grown projections for over eleven years which has led to the consideration of dropping them from the list.

"I think it was successful in that it demonstrated that clearly it can be done," Paul Paquet, a senior scientist at the Raincoast Conservation Foundation and adjunct professor at the University of Victoria, says of the reintroduction effort.

"Whether it can be sustained is where the questions is."

Many of them have filed lawsuits attempting to put a stop to their removal from list of protected animals and attempt to ensure that their numbers continue to increase. Fish and Wildlife would, however, prefer to keep the number around a thousand. Only time will tell which organizations will get their way.