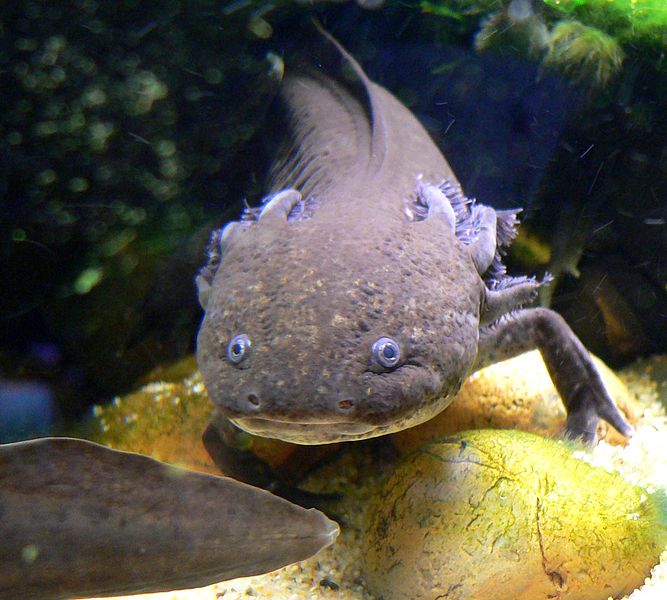 Mexico Water Monster 2" The axolotl is only native to Lake Xochimilco and Lake Chalco in central Mexico. Unfortunately for the axolotl, Lake Chalco no longer exists, as it was artificially drained to avoid periodic flooding, and Lake Xochimilco remains a remnant of its former self, existing mainly as canals. The water temperature in Xochimilco rarely rises above 20 °C (68 °F), though it may fall to 6 to 7°C in the winter, and perhaps lower.[/caption]

The salamander-like axolotl may have disappeared from its natural habitat. Scientists report that the “Mexican walking fish” can no longer be found in the Xochimilco network of lakes and canals near Mexico City. Researchers are still hopeful that the creatures will appear somewhere; using current data about their natural habitat, it is too soon to say that the creatures are definitely extinct.

Starting in February, researchers are planning on a three-month investigation to find any remaining free-roaming axolotl. If the creature isn't extinct yet, researchers believe that it is very close to disappearing from the wild. Pollution and non-native fish are believed to be the main culprits behind the axolotl's dwindling numbers.

In the past, there have been some efforts to try to keep the axolotls alive. Researchers have tried to provide clean water and a safe environment for the axolotls to live and breed in. Shelters were built to help protect the axolotl from non-native carp and tilapia; these fish were introduced into the ecosystem years ago. Despite the researcher's efforts, the axolotl's numbers are dwindling. Mexico Water Monster: Today, the axolotl is still used in research as a model organism, and large numbers are bred in captivity. They are especially easy to breed compared to other salamanders in their family, which are almost never captive-bred due to the demands of terrestrial life.[/caption]

Some axolotls still survive in tanks and aquariums, but experts agree that living in captivity is not ideal for the species; captive axolotls suffer high rates of death from disease and interbreeding. Mexico Water Monster 3: Axolotls may suffer from impaction-related issues if not kept on the correct substrate with fine sand being the preferred option. Impaction can be caused by the digestion of gravel and could be severe enough to cause death, so they must never be kept on gravel or stones that are smaller than the axolotls' head.[/caption]

Related Topics:Mexico Water Monster
Up Next