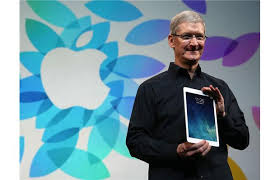 Toronto, Quebec - In a sign that societal evolution is changing practices once taken for granted, a study suggests that Canadian children are able to navigate tablet PCs before they are able to coordinate their little fingers sufficiently to tie a shoelace.

The finding was part of a global study conducted by Czech company AVG Technologies known for its freeware antivirus software.

In total, 6,000 people participated in the study which suggests some interesting behavior among Canada's rising generation.

In the age group of 3 to 5, children were much more likely to understand how to use a mouse and play video games than they were able to ride a bicycle or spell their own names. In fact, 76% of these young children could play a basic computer or video game while only 28% could tie their shoe laces.

78% of the children could use a computer mouse, but only 56% could spell out their names.

In all, 89% of the children in this age group were familiar with the internet. However, the rates were even higher in Brazil and Great Britain with familiarity with cyberspace hitting 97% and 96% respectively. On balance, Canadian children were above average for their skill with what are termed non-digital skills.

On The Web:
Canadian kids can navigate a tablet before they can tie their laces: report
http://www.570news.com/2014/02/09/canadian-kids-can-navigate-a-tablet-before-they-can-tie-their-laces-report-2/