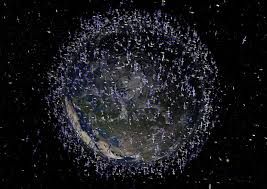 Rapid Track robust safeguards space crews
[/caption]Houston, Texas - The laser-based multi-gas monitor known as Rapid Track is able to detect safety levels of humidity, ammonia, carbon dioxide, and oxygen in the cabin air of space craft in a single second. The size of the monitor is roughly that of a shoe box and is operates on battery power. The unit is aboard the Soyuz spacecraft owned and operated by Russia. It should be noted that the Russian-made Soyuz rocket has the distinction of being the world's most reliable space rocket. Now, the Rapid Track will add air quality to that impressive distinction.

The Rapid Track was launched aboard a rocket in November and has now officially gone online. It will be operating 24x7 using its internal lasers to detect critical gas levels all within the confines of the unit itself. It is built to endure shocks and vibrations such as those aboard a rocket which undergo a fair bit of g-force.

NASA said the four aforementioned gases the Rapid Track monitors were chosen because they are critical to the crew's safety. Carbon dioxide must be constantly extricated from the air and due to the extensive network of coils and coolants present around vessels, ammonia must be monitored against possible leaks into the cabin air.