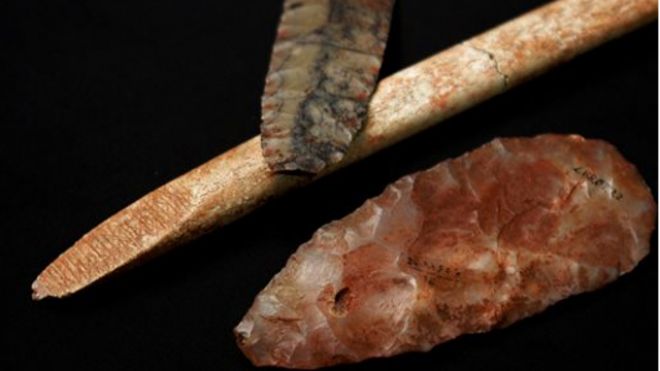 Scientists from the University of Copenhagen in Denmark, Texas A&M, and the Montana State University in Bozeman, have completed their analysis of a genome (IE complete set of DNA) belonging to a 12,600 year-old infant boy.

The remains of the child were actually dug up 36 years ago in 1968, but only recent advances allowed the collection of a complete genome.

He was more closely related to those in Central and South America than to those in Canada. The reason for that difference isn't clear, scientists said.

Also, they were able to conclude that the boy was an ancestor of Asians. The finding supports the popularly held theory that natives from Asian populated this continent.

Some believe that there used to be a land connection from Alaska to Asia that facilitated migrations into the Americas. Some Native American tribes maintain an oral tradition that they were the descendants of Asian peoples.

It turns out the genome substantiates those traditionally held beliefs with science. Once the winter is past, the boy’s remains will be buried once more at the original excavation site. UNDATED: This photo provided by researcher Sarah L. Anzick shows a nearly-complete projectile point, top, a mid-stage point made of translucent quartz and an end-beveled rod of bone from a Clovis-era burial site found in 1968 in western Montana. (AP)[/caption]