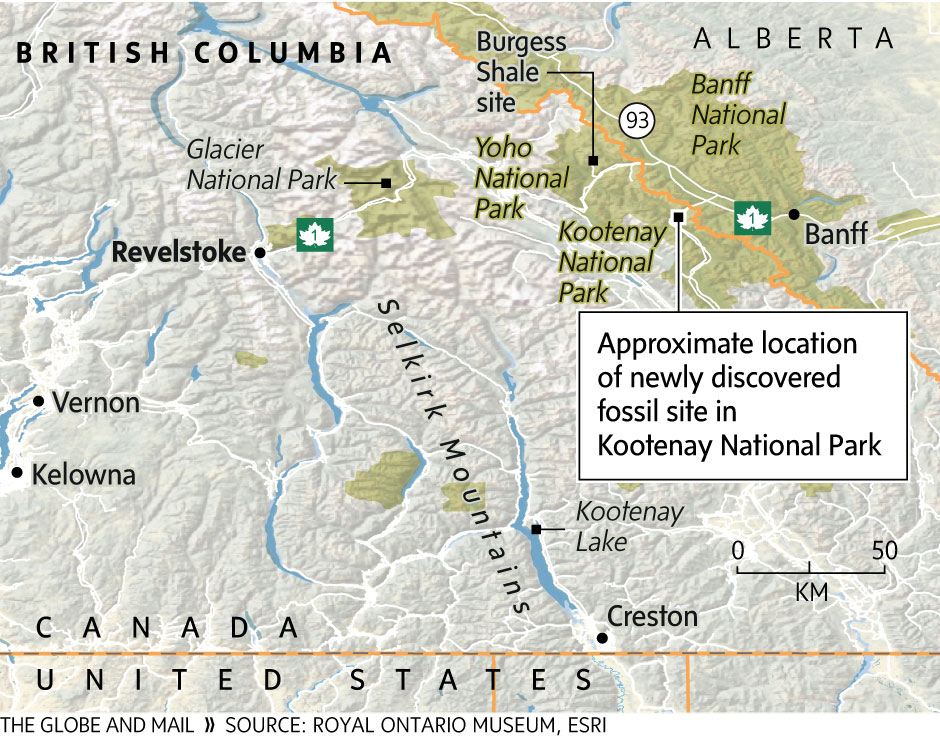 Kootenay National Park, British Columbia - It may not be the mother of all fossil sites, but it is certainly described as a "mother lode" by Dr. Caron, the leader of the of the international team which discovered a massive fossil bed in the Canadian Rockies. Dr. Caron, who is also a paleontologist with the Royal Ontario Museum, said the size of the discovery makes this site larger than the Burgess Shale just 50km (~31 miles) away.

The latest site also dates back 505 million years to the Cambrian period. As per Dr. Caron, they have found fossil remains previously found only on the Asian continent. However, they have also begun documenting species which have not been found anywhere else. A curator from the Smithsonian Institution stated that the type of discoveries being made are simply not been seen elsewhere.

The actual site of the fossil bed is near Marble Canyon, but Dr. Caron will not disclose the actual site to prevent fossil poachers from rummaging through the site. He did say that the location is not reachable by any trails. He also added that the bed is on the side of a mountain not unlike any other scene at the national park.

Until now, paleontologists had thought one reason the Burgess fossils were so well preserved was because they settled in thick deposits at the bottom of an ancient ocean protected by a submarine cliff. But the Stanley Glacier fossils weren't formed in the presence of such a cliff, suggesting that creatures can be fossilized in amazing detail in other environments.

New discoveries are still emerging from the classic Burgess localities. In May of last year, after studying new Burgess fossils from one of the original sites, Caron and colleagues reported new details on a creature that may be one of the earliest known relatives of octopuses, squid and other cephalopods.

On The Web:
Vast fossil bed found in Rockies
http://www.theglobeandmail.com/technology/vast-fossil-bed-found-in-rockies/article16793750/