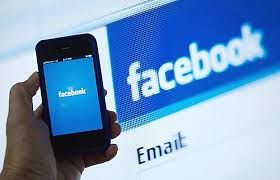 Canadians have been on the cutting edge of societal evolution when it comes to social networking. The country was an early adopter of Facebook as the de facto social networking standard. Now, Facebook is reporting that Canada is leading the way on Facebook mobile access.

According to the head of Facebook Canada, there are 19 million regular users of Facebook in Canada. Given the population of this nation is estimated at 35 million that means 54% of the nation taps into their Facebook page at least once a month. Over 14 million access their account daily. Now, this basic use of Facebook has remained steady, but where Facebook sees growth is in the area of mobile access.

It is estimated that 15 million users access Facebook on a monthly basis which represents a 15% increase over the figures reported in August. In other words, Canadian Facebook mobile usage is surging. The number of people accessing their account daily has increased to 10 million which is a 6% increase over the past 6 months. Facebook is thrilled that roughly half the nation uses their social networking site every day. The company says it marks an important milestone in what they term "mobile adoption".

On The Web:
Canadians’ use of Facebook on mobile devices surges; some check 20 times a day
http://www.thestar.com/business/2014/02/19/canadians_use_of_facebook_on_mobile_devices_surges_some_check_20_times_a_day.html