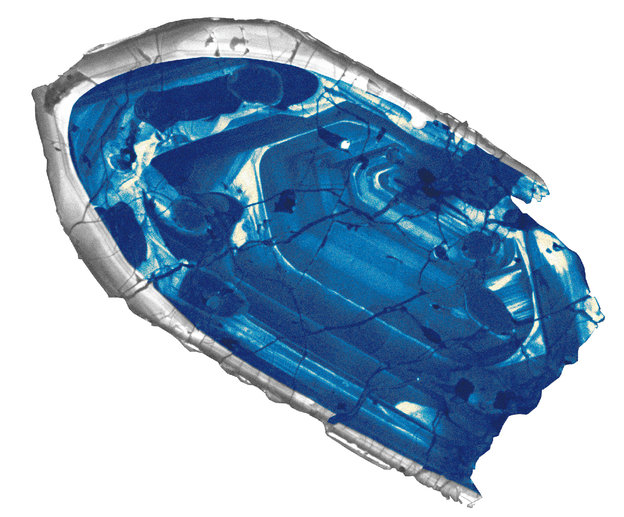 The colors of the zircon crystals range from transparent to deep red.
Courtesy of University of Wisconsin[/caption]In a report in the journal Nature Geoscience on Sunday, scientists say ancient crystals have been dated to about 4.4 billion years—meaning they are the oldest pieces of Earth’s crust. The crystals, called zircons, are a luminous red and about 400 micrometers long (a bit bigger than four human hairs). They cannot be seen without a magnifying glass, and some are smooth, while others have serrated edges. When blitzed with electrons, the zircons glow blue.

A sheep ranch in the Jack Hills region in Perth, Australia, yielded the zircons to geologists in 2001. Scientists dated the crystals by looking at the ratio of oxygen isotopes in the zircons. The result indicates that temperatures on the planet 4.4 billion years ago would have allowed for liquid water, and therefore, life. In other words, the Earth cooled more quickly and formed a crust faster than previously believed.

In a previous attempt to date the crystals, scientists analyzed how much of the uranium had decayed into lead. The results indicated a possible problem: lead atoms could have moved inside the crystals and clustered to give a false age—hence the need for further testing with new instrument that could identify individual atoms.