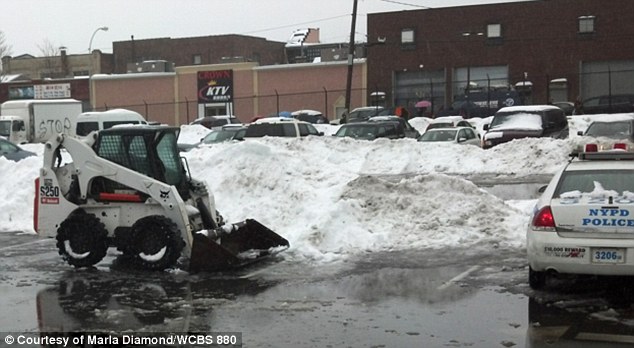 The Weather Network Warns Canadians Can Expect Winter To Last Longer[/caption]Canadians feeling hopeful about spring need to dial down their expectations. According to the chief meteorologist at the Weather Network, winter will be felt by Canadians all the way through March. The meteorologist describes this as a “sluggish and slow start to spring’. But, don’t lose hope in the appearance of spring.

In fact, according to the chief meteorologist, we’ll see a dramatic turnaround in later months. He assures us spring will come, and it will feel very sudden. Of course, this isn’t news most Canadians wanted to hear; in fact, this has been one of the coldest winters in Canada in over 20 years. But, the Weather Network predicts it will all turn around in April. According to Christ Scott, chief meteorologist “We don’t really get into the more consistently nice spring weather until the middle of April”. But, for people in the Maritimes and Newfoundland, you can expect near normal temperatures, according the Weather Network.

Canadians are also warned by Scott, stating the winter weather is here to stay and that it could be brutal. While the Maritimes and Newfoundland are fine, New Brunswick and most of P.E.I. have been warned. And, through the first half of March, below normal temperatures are expected to hit Saskatchewan to Quebec. However, the southern coast of British Columbia will probably have the fastest transition. In fact, there temperatures will rise in the first half of March.

According to the chief meteorologist, a dip in the jet stream is the reason for the lingering winter season in Canada. And, he added, don’t let the long winter discourage you away from the possibility of a great spring. You'll have to wait for the snow in your yard to melt, but the time will come soon.

Ontario Looks to Pass Its Own Invasive Species Act