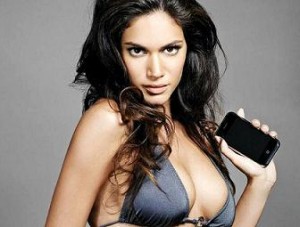 The way to be a better iPhone is paved with older iPhones as the popular iPhone Recycling plan unveiled in the United States this past August has been officially rolled out to Canada. Under the recycle, or better said trade-in, plan customers can exchange their older model iPhone for a credit of up to $275 towards the purchase of a new iPhone. It is a novel approach that promotes long-term customers for Apple. It's also good use of the existing iPhones as much of the developing world is not yet able to purchase the newer model iPhones, but the older models such as the iPhone 3 & 4 are in wide use.

Up until now, those Canadians wishing to recycle their iPhones could mail them to Apple "pro bono". This meant that the multi-billion dollar tech giant wouldn't give Canadians a single loo for their troubles. One can only imagine how many people opted into that program as opposed to just selling the phones on eBay or Craigslist.

In order to participate in the program, just take the phone to an Apple store where it will be evaluated for its condition and assessed a trade-in credit. It should be noted that the phones don't even have to work, but they obviously won't fetch as good a trade-in as those that do.

"iPhones hold great value. So, Apple Retail Stores in Canada are launching a new program to assist customers who wish to bring in their previous-generation iPhone for reuse or recycling," an Apple spokesperson said. "In addition to helping support the environment, customers will be able to receive a credit for their returned phone that they can use toward the purchase of a new iPhone."

Once the phones is relinquished into Apple's custody, they will turn it over to Brightstar Corp. which will determine if the unit can be resold, recycled or refurbished. Looks like a win-win situation.

Apple iPhone trade-in program launches in Canada, users can get up to $275 credit
http://business.financialpost.com/2014/03/11/apple-iphone-trade-in-program-launches-in-canada-users-can-get-up-to-275-credit/?__lsa=cb9b-3265