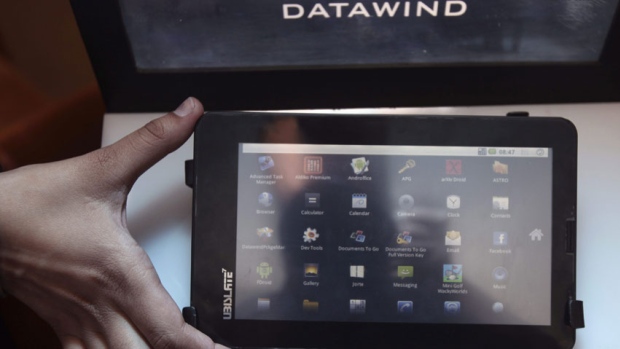 The company has borrowed a page out of the Scandinavian handbook of solidarity and believes that internet access is a basic necessity of all human beings in the digital age. However, Datawind does not believe that the average person can afford the $37.99 tablet and they are looking to one up themselves with a $20 version. It is true that in this current day and age, basic use of the internet along with word processing and spreadsheet skills define what is termed "corporate literacy".

The more access people of all income levels have for computer access the more upward mobility people will experience.

Thus far, Datawind has partnered with India to provide low-cost tablets to the student population. However, they have now set their sights on the more lucrative markets of Canada and the United States for updated models which will be part of the UbiSlate product line.

The move makes good business sense. Part of the ability of any company to pull down the price of their product is the ability to mass produce. By tapping into the low-cost consumer market, the tech company may just be able to squeeze their profit margins sufficiently to reach the $20 tablet sweet spot.

"This idea is to bridge the digital divide, it's really that simple, the idea is to overcome the affordability barrier," says Datawind CEO Suneet Singh Tuli during an interview at his Toronto-area office, one of five the company has in Canada, England, Germany and India.

"We think as the Scandinavians do that (internet access) is a fundamental human right."

Bear in mind, no one is talking about a high-tech tablet to rival Google, Samsung, and Apple. Datawind's affordable tablets will be what they call "good enough" tablets.

Another Sea Lion Caught in Debris on Vancouver Island