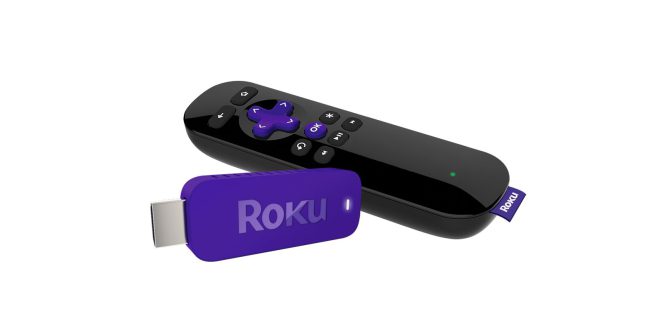 Roku's nifty little tech gadget to compress their video streaming box into a stick roughly the size and shape of USB memory stick was recently launched in the United Kingdom. This gave the company a jump on their chief rival, the tech Goliath, Google. The item retails for £39.99. Now, the gadget will soon be available in Canada where it will retail for $60.

The HDMI Streaming Stick allows any HD television with an HDMI port to instantly become a smart TV by simply connecting the device into the HDMI slot. It has the full capabilities of the Roku set top box to stream popular apps such as Hulu Plus, Netflix, Amazon prime, HBOGo, Vudu, Flixster, and dozens more. The latest version of the HDMI Streaming Stick made the important advancement of being compatible with any HDMI capable TV. The first generation was limited to select TVs approved of by Roku.

However, it is much more affordable than the larger Roku boxes at about 50% of the retail price. It features a small remote, but special apps can let a user remote control the device and by extension the TV streaming experience from a smartphone or tablet. Users may also use the stick to surf the internet on the TV. Again, Roku gets the jump on Google Chromecast by both beating it to market and offering a robust set of features at a very affordable price. It should be noted that the HD picture quality of the stick is the standard video outputs of 720p and 1080p.

All Trapped Dolphins Off Coast Of Newfoundland Dead