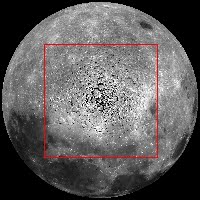 According to a fascinating new article which has just been published by Yahoo News, there are some incredible new images of the lunar North Pole available for viewing by the general public. The new map is being hailed as a major breakthrough for future landings.

The new high-definition "moon map" has just been made available by the National Aeronautics and Space Administration (universally known as NASA). These images form a map of the lunar north pole which is the most finely detailed and accurate map that has ever been published of the region.

Perhaps the most attractive feature of this new lunar north pole map is its fully interactive nature. For the first time ever, the scientists of NASA have chosen to release the new map to the public, and include this interactivity. Members of the public can simply log on to the official NASA website, view the map, and click around all over it. This makes for a truly amazing and innovative educational experience.

This revolutionary new mosaic view of the lunar north pole region was obtained using the LRO (Lunar Reconnaissance Orbiter). The footage that the Orbiter captured is so amazingly and minutely detailed that scientists viewing the footage were able to get high resolution images of lunar features, some of which were only 2 meters across.

The payoff from this endeavor will come soon enough. The lunar north pole is being studied as a possible landing sight for unmanned vehicles sometime in the near future. With this new mosaic map turning out to be so useful, it could easily be referred to as the "bible" of 21st century moon landings.

Mark Robinson, who is one of the heads of the project, had this to say: "We now have a nearly uniform map to unravel key science questions and find the best landing spots for future exploration."