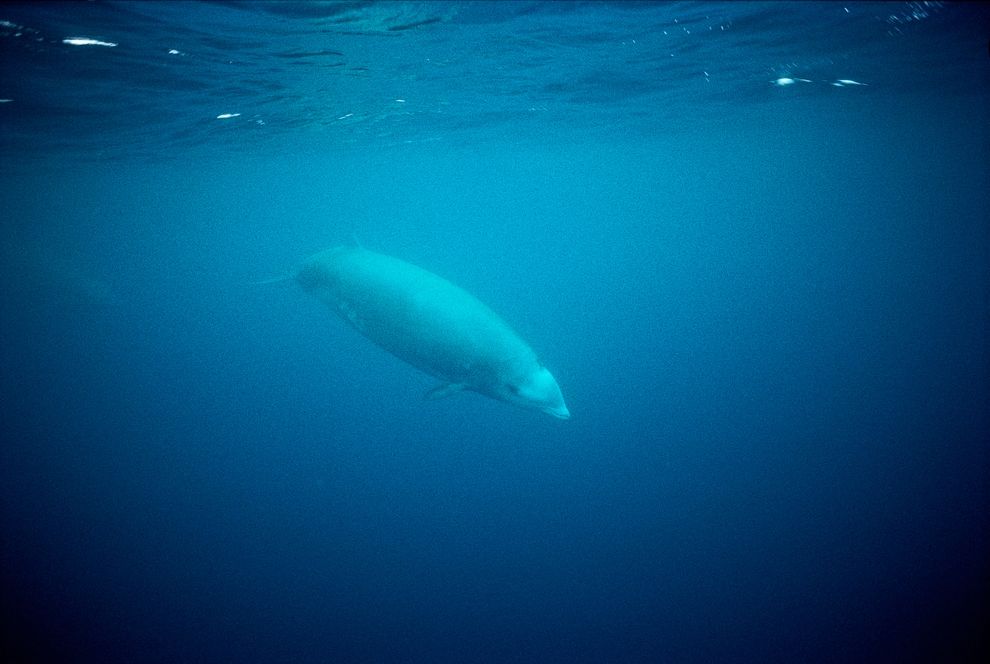 A Curvier Beaked Whale Swims for 138 Minutes Under Water
[/caption]Marine biologists and researches have been tagging animals to learn more about how they live, where they migrate and more. A Cuvier beaked whale was tagged, and tracked under water by scientists for 138 minutes. The whale went under the water about 1.86 miles, and then continued its travels for over 2 hours. The Curvier beaked whale has been known to dive deeper than any other animal. This display makes the whale the longest breath holder on the planet, exceeding any other animal. The whale was swimming off the coast of California, and researches are interested in learning more. The tissue composition is the reason for the extreme ability.

Researches that have studied beaked whales explain that the whales have an abundant amount of myoglobin protein in their muscles. This protein allows the whale to store a significant amount of oxygen in the tissue, and they are able to breathe less while they are swimming. The tissue has even been reported as black in color.

The Cascadia Research Collective in the state of Washington was working on this project, and it was had by Erin Falcone. Other mammals that have been known for holding their breath a significant amount of time include the southern elephant seal, dolphins and many species of turtles, but none have been documented to do anything as impressive as this.

Scientists and some military personal are interested in furthering the research on this project, since sonar problems have left people stranded on beaches, and this beaked whale was tracked far down, and for a long distance. Spacecraft Dealyed as it prepares to Dock with the ISS