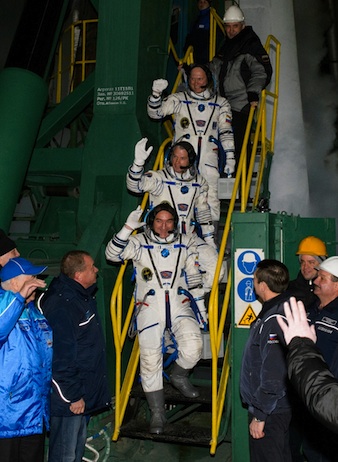 No reason has yet been provided by NASA or the Russian Federal Space Agency as to why the Soyuz missed the planned thruster burn, with speculation growing about the reasons why the planned move was missed. Possible reason for the malfunction including a software glitch or a mechanical failure. Rumors from within the Russian Federal Space Agency have made reference to the spacecraft under the command of Alexander Skvortsov and carrying fellow Russian Oleg Artemyev and American Steve Swanson was not in the correct position to complete the thruster burn at the designated time.

The change in plans to a much longer 27 hour trip to the ISS is not a major problem for the Soyuz as the six hour journey is a relatively new route, which replaced the former 27 hour journey in the recent past. The change to a six hour route to the space station occurred as unmanned cargo ships regularly used the shorter route as test flights for the change made to the journey for manned missions.

Once they have completed their marathon journey to the International Space Station, the three man crew will spend the next six months in orbit circling the Earth. The Soyuz spacecraft blasted off from a base in Kazakhstan and is the only type of ship available to the US and Russia for manned journeys after the US retired the shuttle.

A Curvier Beaked Whale Swims for 138 Minutes Under Water