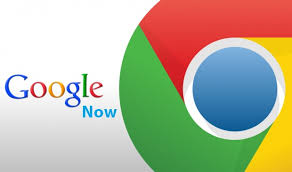 According to a research report released from Google, twenty-one news organizations have been the targets of hacking attacks with possible ties to certain governments.

Hacking as a means of intimidation andcriminal enterprise is something all who connect through the Internet are susceptible to. Journalists, however, have been highlighted by hackers as primary targets, as Google mentioned in their report. These attacks that were targeted to members of the press are believed to have been in the service of or receiving support from a government, researchers pointed out. The report was made available at a black-hat (ethically dubious hackers) conference earlier today in Singapore.

News organizations based in the United States have made claims of hacking within the last year. Notably among the list were Forbes and the New York Times who claimed they were the targets of attacks from the Syrian Electronic Army. As many know, the SEA is an organization of hackers supportive of the Assad regime in Syria.

Hackers operating with support from the Chinese government were also noted as having breached email clients with questionnaires and advertisements addressed to the target in order to deliver malware designed to steal personal information directly to their personal computer or smartphone.

Google's representatives at the conference admitted that while these methods of hacking aren't new, nor is the act of governments utilizing the talents of hackers for their own purposes, what is new is the number of journalists that did not report their loss of personal security through their email clients.

Though researchers were tapped to go into detail about their collection method for this bulk data, they declined to explore how Google monitors such activity. They did go on to say that those using their email client Gmail are monitored for such attacks and are sent warning messages to ensure their privacy and security from hackers.