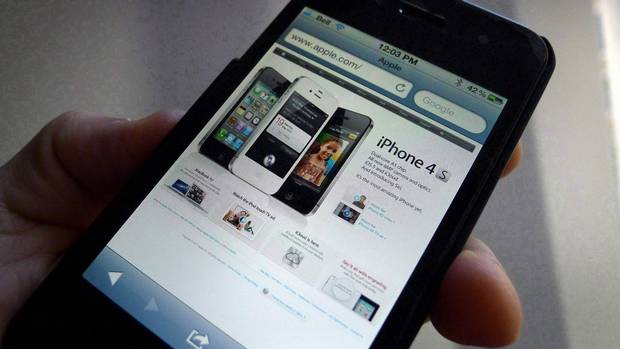 The next incarnation of Apple's bestselling iPhone is expected in autumn 2014 and will most likely feature a 4.7-inch screen. An impressive 5.5-inch screen could follow at a later time. The information came from sources who asked not to be identified.

Sharp Corporation, LG Display and Japan Display have been contracted to create the larger screens. The suppliers and Apple have not commented on the situation.

Both of the screens, which will be used in the upcoming iPhone 6, will be bigger than the four-inch panels used on the current 5C and 5S devices. Larger-screen iPhones have been rumored for some time, as Apple attempts to stay competitive with rivals like Samsung. Apple's stock price has stagnated since the end of 2012 over worries that the company has not kept pace with technology. Sales figures show Android devices are outselling the iPhone in some locations, and this is thought to be related to the larger screen sizes in those phones.

The decision to go forward with the 4.7-inch screen first was based on the difficulty of producing larger screens with in-cell technology. The in-cell approach allows for a slimmer panel and was first used in the iPhone 5. It is possible that the 5.5-inch screens will use a film sensor instead of the in-cell tech.

Japan Display is expected to start production on the screens by May, with the other two following suit in June. Apple has not yet released any information regarding price points or when the iPhone 6 would come to market.

Scientists Solve Mystery of Why Zebras Have Stripes