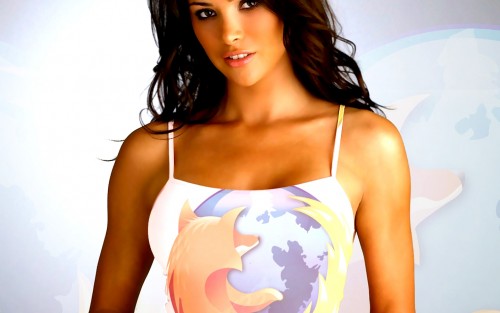 Dating Site Protests Mozilla CEO[/caption]The popular dating site OKCupid staged a protest against newly appointed Mozilla CEO Brenden Eich on Tuesday by asking its members to use a browser other than Firefox. The move was a bid to draw attention to Eich's lack of support for gay rights.

The controversy surrounding Eich began when it was discovered he supported California's Proposition 8, which sought to ban gay marriage, and the political figures behind it. Recently, a number of Mozilla employees took to Twitter to state their disapproval of Eich's appointment. The common sentiment was that Eich does not represent the company's values of openness and empowerment.

A spokesperson for Mozilla told Business Insider the company fully supports "equality for all, including marriage equality for LGBT couples." The person went on to say that OKCupid never contacted Mozilla to "confirm facts" or state its intentions.

The OKCupid message claims that if marriage between gay people was banned, eight percent of the relationships created on the site would be against the law, and it did not wish to support someone who backed Proposition 8. "OkCupid is for creating love. Those who seek to deny love and instead enforce misery, shame, and frustration are our enemies, and we wish them nothing but failure."

The message appears only to those using Firefox, and it encourages users to download alternative browsers. There is a link at the bottom of the page to bypass this process.

OKCupid is a free dating site that utilizes a math-based system to match people.