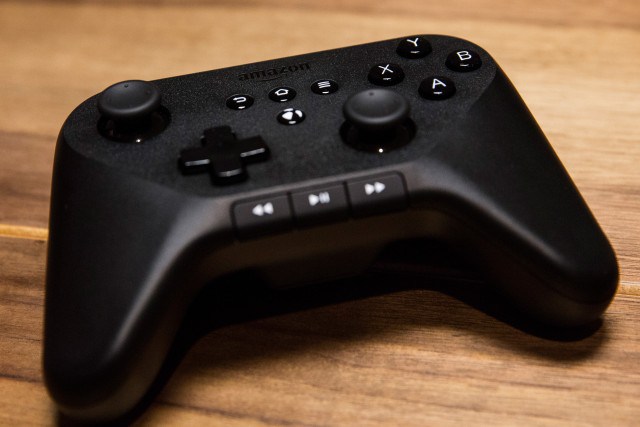 The Amazon Fire TV’s controller looks very similar to the Xbox 360?s gamepad (not that this is a bad thing).
[/caption]Amazon Fire TV Set to Make Big Entry into Video Streaming Market

New York City, New York - The field of fierce competitors in electronic devices to stream internet video content to the telly just got a bit more crowded with Amazon making the surprise announcement that they have developed their own set top box called Fire TV. The Fire TV retails for $99 and will be sold immediately at least at Amazon's website. The video streaming box will stand toe-to-toe with similar devices from Google, Apple, and Roku.

Unlike competing devices like Google’s Chromecast or Roku’s Streaming stick, Amazon’s Fire TV is an Android-based device with close ties to Amazon’s Instant Video streaming ecosystem. Unfortunately the Fire TV will not be available in Canada at launch, according to an Amazon Canada.

“The Amazon Fire TV is not available outside the U.S. at this time,” said Katie McFadzean, an Amazon Canada PR representative.

The new product is considered ambitious by some analysts, but the market for such devices is shifting away from set top boxes towards smaller dongles that can plug into the HDMI port of a TV and which offer the same capabilities of the larger boxes. It is in the field of these smaller lightweight offerings that Google and Roku are in a fierce fight. Roku has delivered a smaller unit which offers everything their streaming video boxes offered at a retail price of $49.

In the product demonstration, Amazon cited the fact that the Fire TV is based on Android even if it is an offshoot version of it. This fact gives their unit more of an open system approach over the Apple TV's limited ecosystem. The box has voice activation via the remote which allows users to select movies by name. It also has its own algorithm for determining shows users are likely to watch based on usage patterns. In short, Fire TV does what the competition is doing. However, will that be enough to peel market share away from the established players?

Other benefits of the device are parental controls to set both access limits and content controls. A forthcoming update will allow music purchased at Amazon.com to be streamed through the device. A separate game controller which will retail for $40 improves the gaming experience.