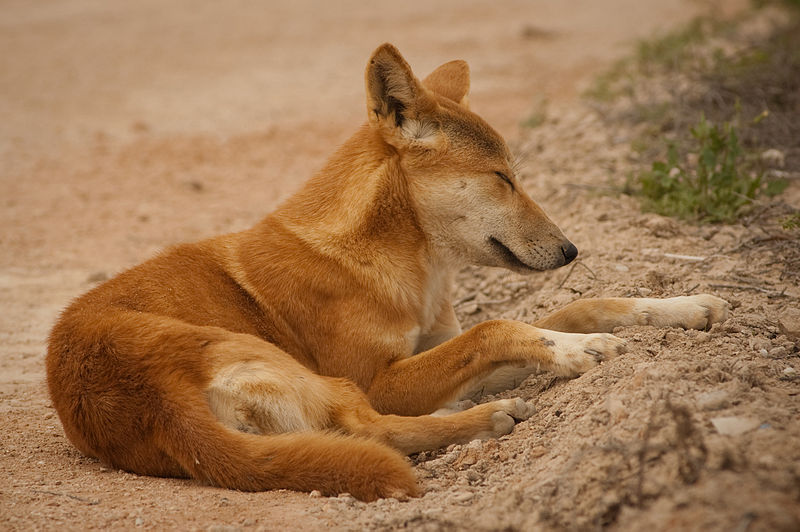 The dingo (Canis lupus dingo) is a free-ranging dog found mainly in Australia, as well as Southeast Asia, where it is said to have originated. It is currently classified as a subspecies of the grey wolf, Canis lupus.
[/caption]Sydney, Australia - A joint study by scientists from the University of South Wales and the University of Sidney now published in the Journal of Zoology has determined that the Australian dingo, long believed to be a mere roving woodland mutt, is actually a bona fide species of its own. It is now believed that the Dingo, whose formal Latin name is now Canis dingo, was introduced to the continent 5,000 years ago.

The process of determining whether or not the Dingo was more than a mutt required locating skeletal remains of the canid which were not the result of cross breeding with domesticated dogs. This part of the research took scientists to the vaults of museum curators across Australia, but also as far as North America and England. In total, they collected six skin samples and 69 skulls all dating from the 19th century. The fragments were used to build a common set of characteristics for a purebred dingo which includes the trademark large skull and narrow nose. They also determined the species to have a furry tail and standing or erect ears.

This led to the formal classification of the dingo as its own distinct species. In other words, a dingo is not a type of dog. It is its own class of animal in the dog family which bares resemblance with wolves and domesticated dogs, but is descended from neither. Another misconception that they have dispelled is that dingos are yellow. In fact, fur color has no bearing on an animal being a dingo. They have ample proof of dingos having fur in various colors such as white, black, dark, tan, and the more common yellow.

‘Now any wild canid – dingo, dog, or hybrid of the two – can be judged against that classification,’ says Dr Matthew Crowther, lead author of the study, from the University of Sydney’s School of Biological Sciences.

‘We can also conclusively say that the dingo is a distinctive Australian wild canid or member of the dog family in its own right, separate from dogs and wolves. The appropriate scientific classification is Canis dingo, as they appear not to be descended from wolves, are distinct from dogs and are not a subspecies,’ he said.

The dingo is Australia's most populous land-based predator known to inhabit the vacated dens of rabbits. They are deeply despised by sheep farmers.

Source:
The dingo is NOT just a wild dog: Creature introduced to Australia 5,000 years ago is a species in its own right
http://www.dailymail.co.uk/sciencetech/article-2594993/The-dingo-NOT-wild-dog-Creature-introduced-Australia-5-000-years-ago-species-right.html