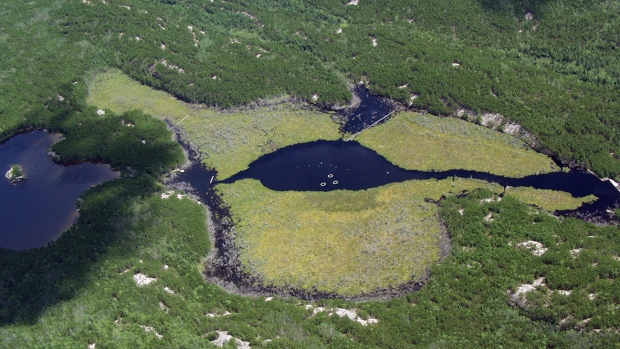 Kenora District, Ontario - Prime Minister Stephen Harper and the conservative government have fundamentally changed the direction of federal investment in science. The government looks to invest into science that further boosts the Canadian economy. For the four decade old Experimental Lakes Area (ELA) this meant a complete loss of federal funding as of May, 2012. The ELA did not take the loss of their operating budget lightly and quite literally fought for its survival.

In their battle against the Harper administration, scientists at the ELA recruited fellow scientists and average Joes by the thousands to petition the government to reverse its decision. Their efforts paid off, but not the way they had imagined.

The Harper administration did not budge on the funding of the ELA, but a non-governmental organization known as the International Institute for Sustainable Development (IISD), a think-tank, stepped forward to offer to operate and fund the facility.

Scientists at the ELA jumped at the offer as did the federal government and provincial government of Ontario. No doubt the latter two were thrilled to no longer be wearied by the constant petitions of the ELA.

In support of the IISD acquisition, three agreements were inked by Ontario and the federal government allowing the IISD deal to go forward. The ELA will now be ready to kick start their experiments just in time for the spring season. Doctor Diane Orihel, who led the tireless quixotic battle against the Harper administration to reinstate the budget for her beloved ELA, expressed her utter joy at having saved the institution.

“I am just thrilled. I am so happy, I am speechless right now,” said Dr. Orihel. “This was really what we have all been working for – to rebuild a new ELA. Initially, we had hoped to convince the Harper government to reinstate the federal funding for ELA. Basically that was never going to happen and we needed to develop a new solution. So, luckily, the IISD – kudos to them – stepped forward.”

IISD President Scott Vaughan says that the decision has proved popular with Canadians across the country who have stepped up to donate funds in support of the ELA. The work at the ELA has been essential in the creation of numerous clean water regulations globally.

“The Experimental Lakes Area has been directly responsible for literally hundreds of regulations around the world in order to safeguard water quality, to safeguard human health from different types of contaminants,” said Mr. Vaughan. The ELA is “the only whole-lake, whole-ecosystem facility in the world able to do this type of research.”

The Experimental Lakes Area consists of 58 lakes near Kenora, in northwestern Ontario. It has been a research site since 1968 for freshwater studies that have helped improve conservation in Canada and around the world. The research has produced groundbreaking discoveries on the effects of acid rain, mercury and phosphates on freshwater lakes.