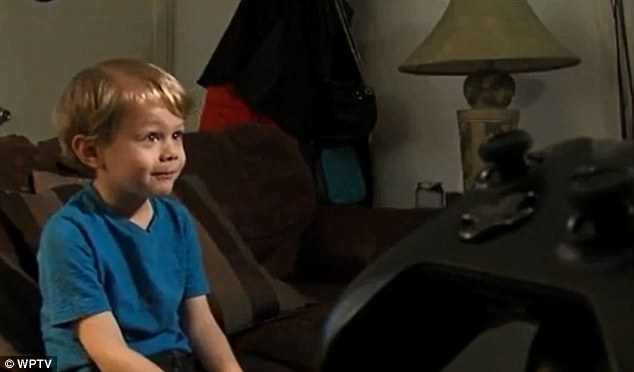 Von Hassel continuously logged into dad's account by inputting a bogus password. He simply entered a few blank spaces with the space bar when prompted for the password. Von Hassel was successfully able to log-on and play.

The father of the 5-year-old, Robert Davies, reported the security breach and how easily it was accomplished to Microsoft.

'I got so nervous,' Kristoffer told WPTV. 'I thought he was going to find out.'
Davies was far from upset.

'Just being five-years-old and being able to find a vulnerability and latch onto that. I thought that was pretty cool,' said the proud parent.

Microsoft in return, grateful for the knowledge of the flaw in the system, gave Von Hassel four free games, fifty dollars and a year Xbox live subscription. Microsoft quickly corrected the problem and listed Von Hassel on their website as a security researcher. He has been credited with assisting to make Xbox live a safer gaming enviornment.

The statement released from Microsoft states that they listen to their customers and are thankful to the Von Hassels for bringng the matter to their attention. They are very serious about Xbox security and corrected the problem as quickly as possible.

Davies, the very proud father, works in computer security himself and was the person to share the flaw with Microsoft. He also shared that this was not the first incident where Von Hassel has easily gotten pass a security lock. As a one-year-old, Von Hassel got pass a cellphn toddler lock swiftly by simply holding down the button for home.

Von Hassel stated that he got nervous, afraid his dad would find out, but his dad was the least bit upset. He was excited with the thought of being famous with his name on the Xbox website. Future hacker: Kristoffer has hacked his way into tech before, breaking into his dad's cell phone once already [/caption]

Why Did Google’s Nest Smoke Alarm Get Pulled?