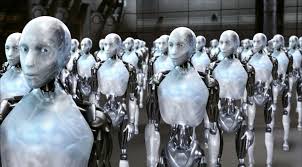 
Citing evidence that the United States and other western powers are developing drone weapons with the power to kill without human intervention, members of the International Committee for Robot Arms Control are calling on the Canadian government to lead an international ban on so called “Campaign To Stop killer robots.”

Mines Action Canada is a co-founder and a member of the leadership of the global Campaign to Stop Killer Robots, an coalition of more than 50 non-governmental organizations in two dozen countries that was launched in April 2013.

In an Ottawa press conference on April 29, Peter Asaro, co-founder and vice chair of the committee and Ian Kerr, Canada Research Chair for Ethics, Law and Technology announced the campaign “The Campaign to Stop Killer Robots.” Taking human beings out of the decision to kill has obvious moral and philosophical ramifications, according to Ian Kerr, a law and ethics professor at the University of Ottawa.

“Fully autonomous weapons could fundamentally alter the nature of armed conflict so we are calling on the Government of Canada to take action now to ensure that international law and human law is strengthened and future-proofed against these technological developments,” said Erin Hunt, Program Officer, Mines Action Canada. “Only a pre-emptive ban can protect civilians and prevent possible disaster.”

At least two companies have shown prototypes of unmanned combat aircraft deemed to be autonomous. Another company has shown autonomous machine gun systems installed on the border between North and South Korea. According to Mary Wareham, a Washington based arms expert with Human Rights Watch, aircraft maker, BAE systems recently sponsored a two-day symposium on new development of these weapons in London.

Current non-autonomous weapon systems in advanced development may signal what to expect. Predator drones that still require remote human operation can hang over-head ready to strike. A larger remotely operated Reaper aircraft can carry two and a half tons of bombs. Engineers are reportedly working on swarming X-47 bombers that communicate with each other and their remote operators. Remotely operated Fire Scout drone helicopters can hover silently for hours ready to destroy moving targets on the ground. Remotely operated ground based robot weapons are also well in development.

“Allowing machines to determine who should live or die in a conflict is an issue that concerns all states. The United States has articulated its policy on fully autonomous weapons, but we need more countries to develop national policy on this emerging topic of international concern, including Canada.” said Peter Asaro, Co-Chair of the International Committee for Robot Arms Control. “Scientists, roboticists and academics from across Canada know that autonomous robots could benefit humanity greatly, but there’s increasing concern that a line be drawn to ensure that robots are never weaponized.”

Representatives from more than 100 nations—including Canada—are gathering at the United Nations in Geneva next month together with campaigners to discuss questions relating to the emerging technology of “lethal autonomous weapons systems.” Mines Action Canada encourages the government to take an active role in the Convention on Conventional Weapons experts meeting and a leadership role over the longer-term.

“We need to act now to begin the process of creating new law to ensure that the rapid technological development of weapons does not cross moral and ethical lines or endanger innocent civilians,” said Ian Kerr, University of Ottawa Professor and Canada Research Chair in Ethics, Law and Technology. “It is time for Canada and Canadians to take action.”

“Through Canada’s leadership on the landmine issue, we learned that the international community cannot afford to wait until we have another global castrophe to deal with problematic weapon systems. Pre-emptive action will prevent a dramatic change in the nature of warfare and the resulting humanitarian disaster,” said Paul Hannon, Executive Director of Mines Action Canada. “Canadians are uniquely positioned to take on a leadership role in efforts to ensure that humans always have meaningful control over life and death decisions in conflict.”

So far the Canadian government has shown little enthusiasm for United Nations arms control movements. They have yet to sign the United Nations Arms Trade Treaty adopted in the United Nations last year. The government never ratified the Convention on Cluster Munitions which was adopted by the UN five years ago. A recent Parliament Hill breakfast discussion of the matter of autonomous weapon development was attended only by NDP and Liberal members.