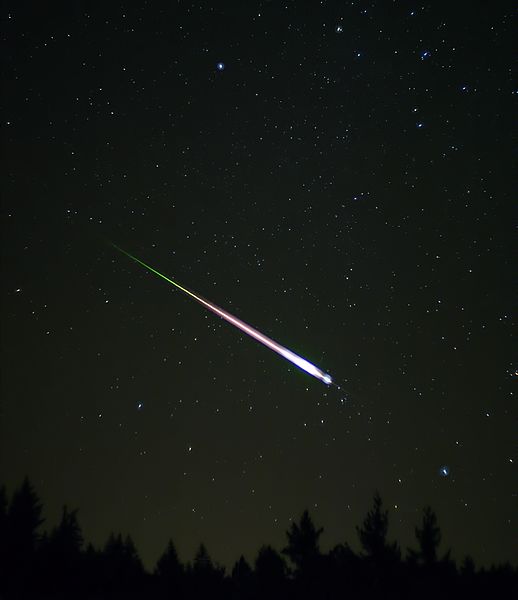 
The Leonid meteor shower has occurred throughout history and will be visible this weekend to anyone with a clear view of the northern hemisphere. Projections for this year’s Leonid meteor shower suggest there will be two peaks with the first occurring around 5 a.m. EST and the second near 11 a.m. EST.

The Leonid meteor shower is considered to be one of the brightest meteor showers recorded throughout history and will appear only twice in most people’s lifetime. The moon will be full on the night of the 17th when the peak of shower is scheduled to arrive so this year’s event may not be as visible as it has in the past.

The comet Tempel-Tuttle makes a pass through our inner solar system once every 33 years leaving behind a trail of dust particles which become the Leonids that fall into our atmosphere. These dust particles may be no more than 10 millimeters wide but fall quickly and burn brightly in our night sky. This occurrence happens in the northern hemisphere and apparently originates from the constellation Leo thus giving the meteor showers their name.

Anyone viewing this weekend event should go out a bit early to allow your eyes to adjust and get as far away from artificial light as possible for the best viewing conditions. Only the brightest of the meteors will be seen with many falling to earth unnoticed.

While waiting for the infamous Leonid meteor shower, here is a time lapsed view from last year’s occurrence. The best view is full screen.

How to See the Best Meteor Showers of the Year
http://www.jpl.nasa.gov/asteroidwatch/meteor.cfm