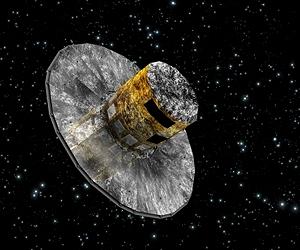 PARIS: The European Space Agency launched an advanced $1.2 billion space telescope on Thursday. Officially dubbed Gaia, the telescope was successfully lifted into space by a Soyuz-STB-Fregat rocket from the ESA's base in Kourou, French Guiana.

Gaia is the most sophisticated satellite telescope ever created by the ESA, and has been commissioned to map the Milky Way in 3D. According to the ESA, Gaia will conduct "the biggest cosmic census yet." The telescope will map over one billion stars. Though one billions stars is only about one percent of the stars in our galaxy, this is an effort that will result in the largest and most detailed map of the Milky Way yet.

"Gaia is the culmination of nine years of intensive work which will enable exceptional advances in our understanding of the Universe, its history and laws," said Jean-Yves Le Gall, head of France National Centre of Space Studies (CNES), which is taking a lead role in the mission.

"We are at the dawn of revolutionising our understanding of the history of the Milky Way," said Stephane Israel, boss of Arianespace, which launched the satellite.

The telescope will be on a five-year mission to map the Milky Way. It will repeat its observation of celestial bodies as many as 70 times during its mission, thus allowing astronomers to create a detailed map of our galaxy. It will also be monitoring for extrasolar planets, or planets outside of our solar system. It could encounter as many as 50,000 such planets during the course of its mission.

Gaia will begin its survey in May after reaching the Lagrange point L2, which is 937,000 miles from Earth. There it can make its observations without the sun, earth, or moon obstructing its view.