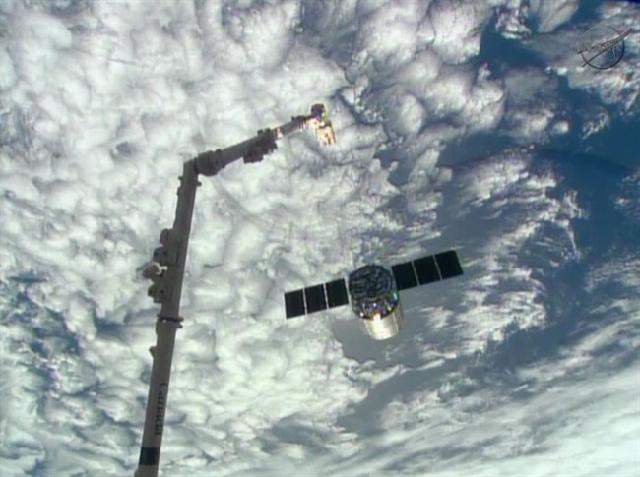 Cape Canaveral, Florida - Orbital Sciences Corp. won a $1.9B contract to provide supplies to the international space station which orbits 260 miles above the earth's surface. Supplies aren't the only responsibility of Orbital Sciences. The company is also tasked with waste management.

This morning, the capsule which arrived five weeks ago with 3,000 pounds fresh supplies and yuletide gifts has departed hauling off a load of trash. The Cygnus capsule, named after the Greek mythological figure, departed back to earth where it is expected to burn up once it hits "atmo" somewhere over the Pacific Ocean.

Orbital Sciences Corp. is one of two US companies to handle supply duties for the international space station. The other company is SpaceX. The two alternate supply routes with SpaceX preparing to launch a supply capsule on March 16. Also in the rotation for supplies are the nations of Japan, Europe, and Russia.

The SpaceX Dragon is the lone capsule capable of returning items back to earth. Previously, the Space Shuttle handled those duties but that fleet has since been decommissioned. Russia's Soyuz capsule can carry 3-man crew and light supplies to the station. Until 2017, US astronauts must launch into space from Russia aboard the Soyuz capsule.