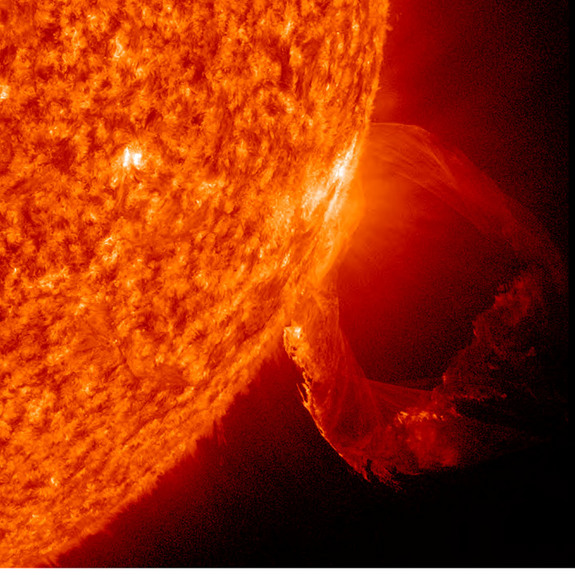 Greenbelt, MD - Tracking sun spots is a process that has been conducted for decades using an arcane procedure that assigns each sunspot a unique label every time it is observed during the sun's 27-day rotation. The method procedure was adopted during a time when it was much more difficult to determine whether the sunspot being observed anew was one which had been previously detected. Regardless, the procedure remains in use today.

That said, a large sunspot has now officially been observed during three complete rotations of the sun. It should be noted that the average sunspot lasts no longer than a fortnight which makes three rotations over 81 days significant. In keeping with the labeling convention, the giant sunspot has been assigned the labels AR11944, AR11967, and AR11990 for each of its initial and two successive rotations. Sunspots often create coronal mass ejections (CME) and emit large solar flares.

It is believed that sunspots emit radiation which affects space weather and by extension technology on earth. This current sunspot allows NASA to analyze what may be causing the sunspots and their relatively short existence. Sunspots can alter their shape and disappear as quickly as they appeared. To date, there remains much to be learned about why they form and what the extent of their impact is.

Thus far, the sunspot has been actively creating solar flares. Most of them are categorized as smaller and mid-size flares. However, there have been two X-class solar flares created by this sun spot. The X-class is the strongest classification for a solar flare. As for CMEs, they are the intense solar winds sending solar energetic patterns as shock waves in outer space which are caused by sunspots. They have been known to affect humans at high altitudes such as is found in certain high altitude airplane flights and aboard space stations.