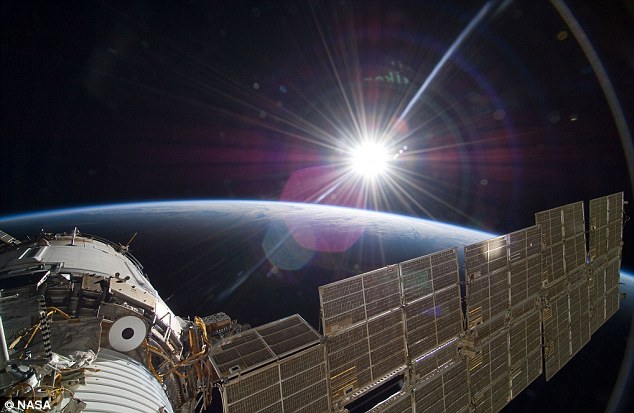 As the saying goes, imitation is the sincerest form of flattery. That was certainly the case with a series of pictures NASA released ahead of the 86th Annual Oscars which were certainly inspired by the blockbuster film "Gravity" starring Sandra Bullock and George Clooney. The title for the special series of photographs is "NASA's Real Life Photos from Space".

The photographs provide vivid images of the space shuttles, Earth's atmosphere as it really appears sans CGIs and fancy Hollywood editing departments, the Hubble telescope, and spacewalks. One of the photographs was a dead-ringer for the film "Gravity" as it featured an astronaut wearing a jet pack some distance away from the space station with the lush blue atmosphere of the earth beneath him. It was like a scene straight out of the film. The photographs were amazing in their detail and artistic quality. That said, they also served to underscore just how well the film "Gravity" captured life in outer space given the immense similarities between NASA's true images and the Hollywood sci-fi drama.

Another breath taking image from the series was an evening shot of Cairo, Egypt, from a distance of 220 miles above the earth's surface. The subtleness of Egypt's sand-colored geography was nicely contrasted by the lights surrounding Cairo which lights extended down the Nile River in ornamental fashion. Another similar image was taken of the Iberian Peninsula which featured the same look of yellow lights illuminating Spain and Portugal in the evening and provided the bordering to the nations which would otherwise be skewed from visibility by the overlying clouds. The light emerging from the sun gave a golden arc over the planet. Needless to say, Hollywood can only approximate the true beauty that nature offers. “Gravity” was nominated for ten Oscars which included a nomination in the coveted category of "Best Picture".