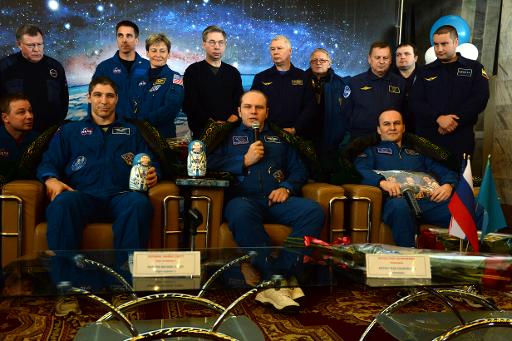 The International Space Center is getting even more international soon with its first Japanese commander.Koichi Wakata is the man, an astronaut with the Japan Aerospace Exploration Agency. took over the helm on Sunday, March 9. A brief ceremony aboard the space center ushered in the commanding era of the Japanese flight engineer who got to the space station last November.

Wakata, 50, joined the Japanese astronaut program in 1992. He was that nation's third astronaut in orbit when he flew in 1996. Wakata said he was very humbled to take command of the space center. He added that it was an honor for Japan to be a space center program partner.

This is the 39th expedition crew to work on the space center. Wakata replaces Russian cosmonaut Oleg Kotov who commanded Expedition 38. Kotov spent more than 160 days in orbit. He returned to Earth on Monday, March 10 on a Soyuz TMA-10M spacecraft along with fellow cosmonaut Sergey Ryazansky and NASA astronaut Mike Hopkins.

Command aboard the space center typically has alternated between Russian and American astronauts since permanent operation in 2000. Only Frank DeWynne from Belgium and the European Space Agency in 2009 and Chris Hadfield of the Canadian Space Agency in 2013 have broken that command monopoly until Wakata's takeover.