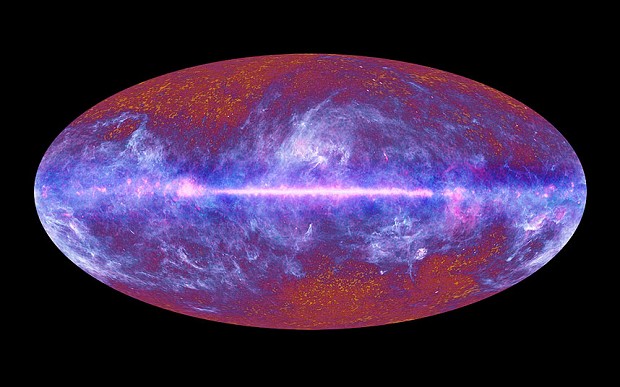 According to an article published by CNN, scientists are proclaiming a major breakthrough in providing proof that the popular "Big Bang" theory is more than just idle conjecture.Most readers will recall that the "Big Bang" theory states that the Universe came into being some 13.8 billion years ago, as the result of a huge "bang" which saw the whole kit and caboodle expand to its present size in less than a fraction of a second: A trillionth, to be precise.

The new discovery, which was announced by scientists on Monday, seems to finally offer proof that there really is direct evidence of gravitational waves. These waves have been detected, and categorized as stemming directly from the massive original explosion itself. Among other things, this shattering new evidence offers what may be the long sought after final proof that the theory of relativity, first expounded by legendary physicist Albert Einstein, is true.

These gravitational waves are being described by scientists as "ripples in the space-time continuum". Essentially, these waves provide proof of the theory of inflation. This is the theory which states that the Universe began as an infinitesimally small particle which suddenly expanded outward in a "Big Bang".

A telescope known as BICEP2 (Background Imaging of Cosmic Extragalactic Polarization 2), which is located in the South Pole, was the instrument scientists used to make this amazing new discovery. This device was used to "analyze the polarization of light left over from the early universe", which led to the breakthrough.