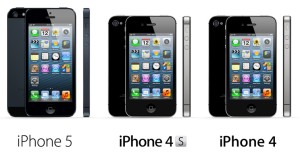 The the new iPhone release date rumors continue to hint at a summer or late summer release, and new details suggest the iPhone 5S will feature a dual-LED flash to go along with an upgraded camera.

The release date for the iPhone 5S (and not the iPhone 6) has not been officially set, but it is expected to be distributed at the end of summer. Some analysts are guessing it could be released as early as July/2013, but the majority of them are saying it will probably released in either August or September 2013.

The Chinese tech site EMSOne is reporting the August/September time frame is more in line with when the iPhone is usually released. The release date will most likely be officially announced in June. Besides the release date, there is more interesting news as Apple may be releasing 2 different models.

Nothing about the phone has been officially announced, but there are many rumors for fans and analysts to speculate on. There is talk about the size of the screen and this being the year we get the iPhone in different colors. The rumors will continue to grow in intensity, but there is still a couple of months we will have to wait to get some verified information.

The newest version of the iPhone will reportedly be the cheapest model yet. AppleInsider.com writes that Apple plans to charge $330 without a service contract for its lowest-model iPhone.

Darrell Etherington of TechCrunch says this time, the rumors may be for real.

"A cheap iPhone is a tantalizing story because it’s a tantalizing product for investors, for consumers and for Apple itself. But Apple’s concern isn’t beating competitors on price, as it has said time and time again; it’s about delivering a no-compromise experience. So long as it can do that at a price point that makes more sense for the prepaid market, it would be happy to field such a device," he writes.

Etherington says s love the idea of a low-cost iPhone because it "looks like ripe, juicy, low-hanging fruit."

The new phone will rumoredly be made out of polycarbonate.

Why Every Analyst Is In Love With The Siren Song Of The Low-Cost iPhone
http://techcrunch.com/2013/02/22/why-every-analyst-is-in-love-with-the-siren-song-of-the-low-cost-iphone/