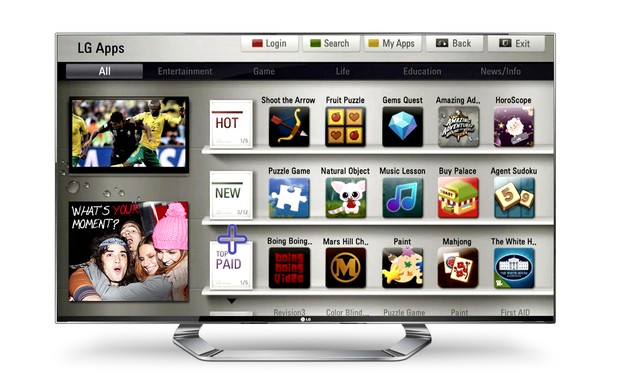 LG's Smart TV is Spying on Viewers[/caption]A British IT consultant claims that a Smart TV manufactured by LG Electronics has been monitoring him without his consent and sending the unencrypted information to LG servers.

In a blog entry posted on Monday, Jason Huntley detailed the information collection system in the TV which continued to log his activities even when he turned it off in the settings panel. According to Huntley, the TV tracked the channels he watched, as well as the times he viewed certain programs.

He also noted that the names of files on a USB drive he plugged into the device were logged by the TV as well, although the actual content of the USB drive does not appear to have been copied.

Attempts by German technology site Heise Security to reproduce the TV's data collection in Germany and Austria have been unsuccessful. However, LG Electronics spokesman Michael Wilmes said that the firmware of their television models in Germany is different from that in the UK.

The Information Commissioner's Office told the BBC it was looking into the issue.

"We have recently been made aware of a possible data breach which may involve LG Smart TVs," said a spokesman.

"We will be making enquiries into the circumstances of the alleged breach of the Data Protection Act before deciding what action, if any, needs to be taken."

Representatives for LG Electronics expressed their concern over the the possible problems with the Smart TV. They assured media outlets that are investigating a possible breach. If the data collection is confirmed, it would be a possible violation of UK privacy law.