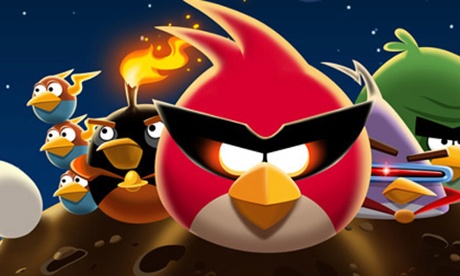 Angry Birds players are a lot angrier today considering their favorite game has been shown to have been hacked by the NSA and British Intelligence by NSA leaker Edward Snowden. He revealed that the NSA and its British spying partner were looking at smartphones to pull out surveillance data from Angry Birds players and those using Google Maps, among other popular apps.

So-called leaky apps on Facebook, Twitter, and Flickr collect personal data including age, location, address books, and much more. Snowden provided documents to ProPublica, The Guardian, and New York Times detailing the extent to which the NSA and Britain's government Communications Headquarters have been surveilling people through mobile apps since 2007. That was the year the NSA budget nearly quadrupled from $204 million to $767 million and phone data sweeping became prevalent.

The leaky apps surveillance programs intercepted information being sent by smartphone apps and collected large cachets of personal information. Intelligence analysts called the program successful although it was unclear if any of these efforts had any effect on stopping terrorism. This activity occurred without public knowledge and without court authorization. Snowden's document dump didn't reveal how much leaky apps personal information was kept and actually analyzed.