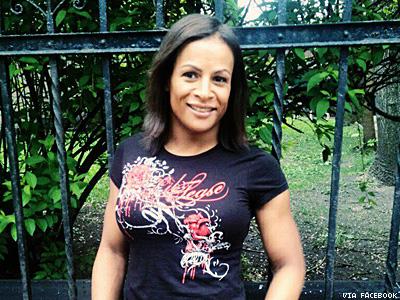 Professional MMA fighter, Fallen Fox, has revealed that she is a transgender woman. The decision to reveal her past life as a male was not planned by the fighter. With that said, it was not surprising to her either that she would one day have to tell the public about it.

Fox knew that there was a great possibility that one day someone would discover that she was transgendered. Someone from her past could easily reveal what they knew.

"For years I've known at some point it's very likely the shoe would drop," Fox told Outsports in a phone interview Tuesday. "Maybe someone would guess that I'm trans. Maybe they would know me from my life before I transitioned. I've been waiting for that phone call to happen. And Saturday night, it happened."

Fallen Fox immediately decided that it was time for her to take matters into her own hands by making a public announcement.

Fox hopes that her professional relationships do not change.

"I'm technically, legally, physically and mentally female. Everything about me is female," she says, before adding, "I happen to fall into the transgender category, but I rather describe myself as a woman first, transsexual woman second."

"I love it so much," she said. "It's been my life these past five years. I could have given up on it a long time ago, but I can't let it go."

As the Chapionship Fighting Alliance reviews her case, Fox remains unshaken in her view of herself. "I consider myself a woman,” she tells Outsports. “I happen to fall into the transgender category, but I rather describe myself as a woman first."

"It's going to be difficult for people to adjust at first, but that's change," Fox told the Huffington Post.

According to the Huffington Post, Fox is scheduled to fight again for the Championship Fighting Alliance 10 in Coral Gables, Fla. on April 20, but her license approval is now under investigation with Florida's Dept. of Business and Professional Regulation now that she's come out as transgender.