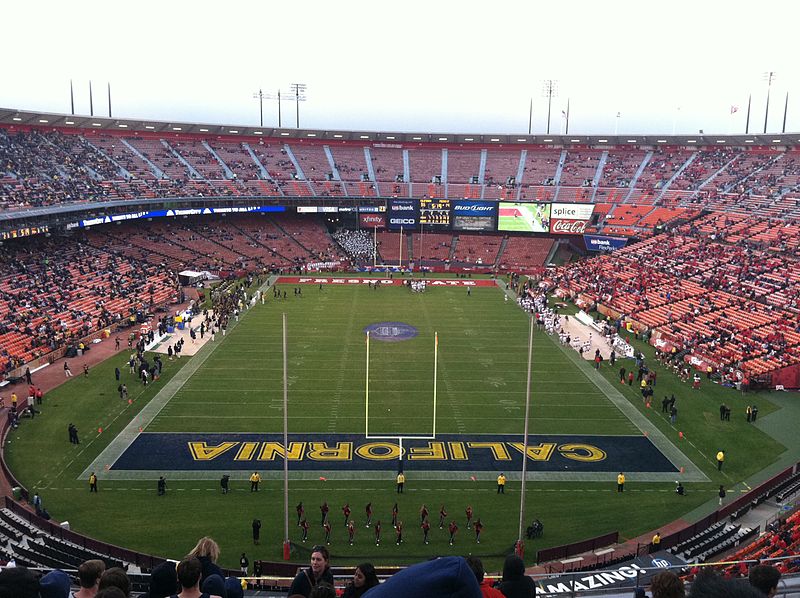 A football fan fell to his death from an elevated pedestrian walkway Sunday at Candlestick Park during the 49ers' final season opener at the San Francisco stadium, police said.[/caption]49ers Fan Death: Fan Dies After Tragic Fall at Candlestick Park

San Francisco, CA - a fan of the San Francisco 49ers lost his life just as the match between the Green Bay Packers was underway. The man, believed to be thirty-something, fell off of the Jamestown walkway which encircles the exterior of the stadium.

It isn't yet known how many feet the man fell before impacting the sidewalk, but it was sufficient to cause him multiple serious injuries. There happened to be medics who were off-duty at the time who assisted police in administering first aid to the man while they awaited an ambulance.

Unfortunately, it was to no avail and the man was pronounced dead from the fall. Police have not made his name public and do not plan to do so until after his next of kin are notified. Witnesses on hand say the man appeared to be inebriated and that loss of balance is what caused him to fall from off the walkway. Witnesses say that the official kickoff had occurred at about the time of the accident.

According to police, witnesses say the man appeared intoxicated when he fell just after kickoff at about 1:30 p.m. Sunday in the 49ers' 34-28 win over the Packers. Off-duty medics and police officers gave him first aid until an ambulance arrived, but the man was declared dead from his injuries.

In a statement, 49ers spokesman Bob Lange confirmed the team had learned of the accident outside the stadium.

"We would like to express our deepest condolences to the family during this difficult time," he said in an email.

According to ABC News, since 2003, there have been more than two dozen cases of fans falling at stadiums across the United States.

And just this weekend, two fans were injured in Indianapolis when the rail attached to the tunnel leading to the Oakland Raiders locker room collapsed injuring two people. Despite one person having to be hospitalized, no one was killed. On The Web:
Fan falls, dies at Candlestick during 49ers-Packers game
http://www.usatoday.com/story/sports/nfl/49ers/2013/09/08/fan-falls-dies-candlestick-park-san-francisco-49ers-green-bay-packers/2783951/

Host city For 2020 Olympics: Who Did The IOC Pick?