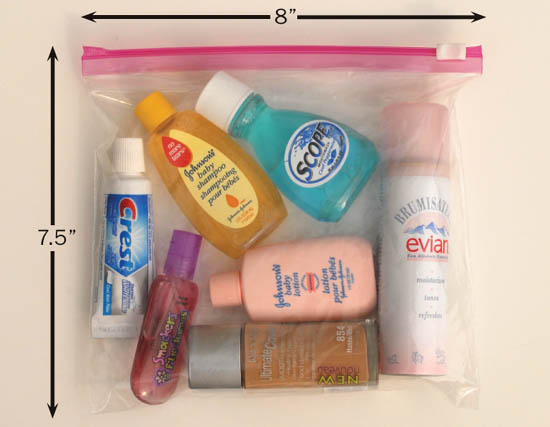 liquids banned on flights to and from russia: TSA[/caption]

Passengers on US Flights to Russia Banned from Bringing Liquids

Sochi, Russia - It's bad enough that Russia has not completed some key venues for the 2014 Winter Games and has displayed questionable security in a post-9/11 world. Attendance seems below expectations thus far and it is hard to determine if the cause is out of security concerns or a quasi-international boycott over Russia's harsh anti-gay legislation. Just this week, the Department of Homeland Security issued a warning regarding toothpaste tubes or other types of tubes for personal care which might be used to smuggle terror related items onto flights.

"As always, our security posture, which at all times includes a number of measures both seen and unseen, will continue to respond and appropriately adapt to protect the American people from an ever-evolving threat picture," said the DHS official, who spoke on condition of anonymity.

Now, the Department of Homeland Security has gone a step further and banned any liquids from carry-on baggage aboard non-stop flights between the US and Russia. The announcement an extension of their earlier advisory on toothpaste tubes. The department has clarified they are acting merely out of caution. The department has stated that to their knowledge there is no threat.

In a statement, the Department of Homeland Security said that, "out of an abundance of caution," it regularly shares relevant information with partners both at home and abroad.
"While we are not aware of a specific threat to the homeland at this time, this routine communication is an important part of our commitment to making sure we meet that priority," it said.

"As always, our security apparatus includes a number of measures, both seen and unseen, and DHS will continue to adjust security measures to fit an ever evolving threat environment."

President Barack Obama's National Security Council said the disclosure had not affected existing guidelines about travel to the resort city of Sochi.

"If we should receive information in the coming days and weeks that changes our assessment of whether people should travel to Sochi, we will make that information public through the State Department's usual channels," spokeswoman Laura Magnuson said.

As Delta Airlines is the only carrier with non-stop flights to Russia, the ban only affects them. They notified their customers of the ban. No one is allowed to bring in liquids in containers larger than 3 ounces in airport security, but once past the entrance gates bottles may be purchased from authorized vendors. Those will not be allowed on Russian-bound flights at this time.

Examples of Liquids, Foods and Personal Items that are Liquids, Aerosols and Gels:

Please note that if an item that is illegal in Canada (e.g. pepper

On The Web:
liquids banned on flights to and from russia
http://www.washingtontimes.com/news/2014/feb/6/liquids-banned-us-flights-russia-after-terrorism-t/

Related Topics:liquids banned on flights to and from russia
Up Next