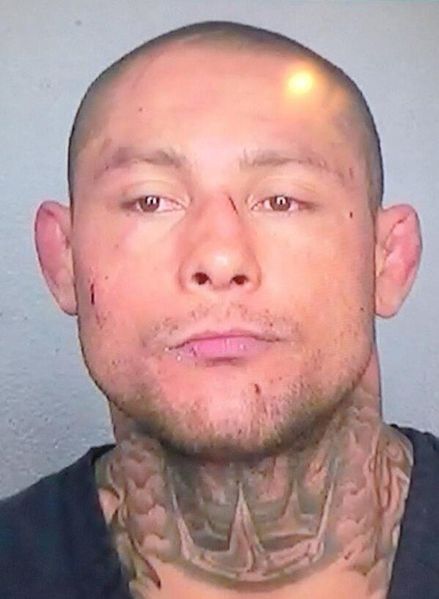 Representatives for the UFC announced on Friday that they have terminated their contract with light heavyweight fighter Thiago Silva. The announcement comes after Silva was arrested in Florida on multiple felony charges. Judge John Hurley held Silvia without bail stating that not only is he a flight risk, but he represents a threat.

Silvia was originally charged with two charges of attempted murder which the judge reduced to aggravated assault with a fire arm. He is also being charged with aggravated battery with a deadly weapon and resisting arrest without a fire arm.

The incident began on Thursday night outside of Pablo Popovitch Mixed Martial Arts Academy in Oakland Park, FL. Police state that Silva pulled up in front of the school and began arguing with his wife of 13 years, they have been estranged since 2012 however.

Silva and his wife, Thaysa were arguing when he told her that she had “10 seconds to bring Pablo out”. He advised her that if she did not, that he would begin shooting everyone inside the school, and he produced a firearm. Moments later, Popovitch came out of the school, however, he went right back inside and called 911. Silva, who police state was intoxicated went to his home in nearby Fort Lauterdale. Following a non-violent standoff with SWAT, Silva was taken into custody. There was an adult class taking place at the school when Silva made his threats.

While in court, Silva's attorney, Scott Saul, stated that the attempted murder charge was an overreaction due to what Silva does for a living.
This was not the first domestic issue the couple had. Court documents were read aloud during the hearing on Friday stating the police responded to a 911 call on January 30, 2014 to the estranged couple's home. According to reports, Silvia threw his estranged wife onto the couch and pointed a “silver colored revolver” at her. He then put the revolver in her mouth.

Another 911 call was placed by Silva's estranged wife on February 5, 2014. This time Thaysa received threatening text messages from Silva, one of these messages stated that he hired someone to kill her.

Silva was scheduled to fight at UFC 171 in Dallas on March 15, 2014. Because of the termination of his contract, that fight has to be re billed.

Awkward! David West Tries To Get His Son Brett A Date Online