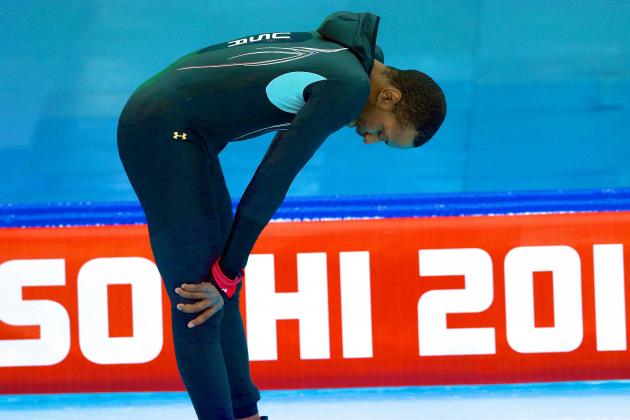 The US Speedskating team has thus far failed to win a medal in the Sochi Olympics. There have been a lot of factors talked about, from the poor conditions of the ice to conditions that aren't as favorable to the athletes as they'd like. One of the only factors they can control though, and which is getting an undue amount of attention, is their uniforms.

What About The Uniforms?

The current design, called the Mach 39, was designed by Lockheed Martin. Using a highly technological process that even went to wind tunnel testing, these suits have the lowest wind resistance possible for the maximum speed on behalf of the athletes. The problem, according to the skaters themselves, is the flap on the back. Meant for ventilation, several speed skaters feel that it's holding them back.

From the Wall Street Journal:

According to three people familiar with the U.S. team, these suits — which were designed by apparel sponsor Under Armour and billed before the Games as a major advantage — have a design flaw that may be slowing the skaters down. These people said that vents on the back of the suit, designed to allow heat to escape, are allowing air to enter the suit and create drag that keeps the skaters from staying in the "low" position they need to achieve maximum speed. One skater said team members felt they were fighting the suit to maintain correct form.

Several skaters, including 1,000 world-record holder Heather Richardson, sent their suits to an Under Armour seamstress Thursday to have the panel modified with an extra piece of rubber. Even after the alteration, Richardson finished seventh — more than a second slower than the winner.

There is talk that the team will change uniforms, back to a previous version of the still-approved suit. However, there is no guarantee that this will result in better performance. There are some people saying that a definitive change might result in a better, mental attitude and increased spirits though, which is impossible to measure in any real, scientific sort of way.