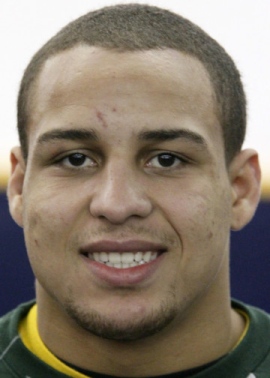 While many are applauding the decision by University of Missouri defensive end, and all-SEC player, Michael Sams to come out as gay, not everybody is quite so happy. Consider the case of Kent State wrestler Sam Wheeler who was suspended from the team indefinitely for a series of homophobic tweets he posted about Sam following Sams coming out on ESPN's "Outside the Lines."

Wheeler sent out tweets saying he couldn't watch ESPN Sports Center because all the news was about Sam or Oklahoma State star Marcus Smart who was suspended three games for unrelated reasons. Wheeler referred to Sam with several gay slurs. The last tweet Wheeler sent before his Twitter account was shut down contained another gay slur in reference to his earlier tweets

Wheeler, 20, is a redshirt sophomore at Kent State. He was a top high school wrestler who originally attended the University of Oklahoma before transferring to Kent State. LGBTQ Nation website outed his gay-bashing tweets through screen grabs.

Kent State wrestling coach Jim Andrussy, also a Kent State alumnus, said he was offended and surprised by Wheeler's post, adding he spoke with Wheeler and found him remorseful. However, he still decided to suspend Wheeler indefinitely.

us speedskaters uniforms: Sour Grapes Or A Real Problem?