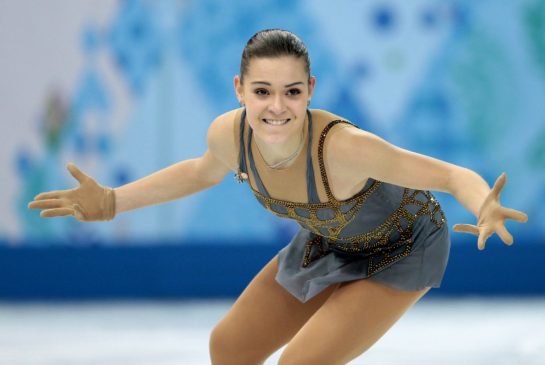 Figure Skating Controversy Resumes At Sochi 2014
It's back again, if you thought you had seen the last of figure skating controversies after the Russian pair Berezhnaya and Sikharulidze won gold over Canadian pair Sale and Pelletier at the 2002 Salt Lake City Winter Olympics, guess again. More controversy has arisen here in Sochi in 2014 in the single's figure skating arena when Russian skater Adelina Sotnikova won the gold medal over South Korea's Yuna Kim.

In this episode of icegate, Kim skated an awe inspiring performance in which she was able to not only land her jumps, but create a spectacular art scene and dazzled the audience with her flamboyancy. In the performances of figure skating, skaters are judged not just by executing the moves in the program that they skate, but also in the intangible elements such as their expression and confidence and just how strong they progress in the program, things that judges are trained to look for. In all of those categories, public opinion is that Kim had the edge over Sotnikova, yet one or more of the judges did not see it that way.

The judging committee selection for the winter Olympics was supposed to be improved so that anonymous individuals would not be influenced by any outside sources, a procedure similar to selecting member of a jury. But with the Olympics being hosted on Russia's home soil and suspicious highly aroused as to who really was on the judging committee, the sport's diehards are once again calling for a change in the judge selection protocol.

Fastest Quarterback Combine: Connor Shaw of South Carolina was the fastest of all the QBs