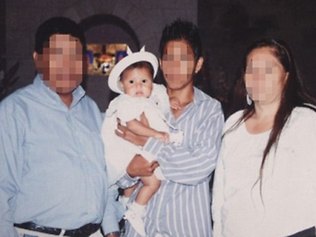 9 Year Old Gives Birth In Mexico: Officials Investigate Irregularities [/caption]Last week week did a story on a 9-year-old girl in Mexico who reportedly given birth.

The girl, identified as "Dafne" by The Telegraph, reportedly delivered a 5.7 pound baby by cesarean section on Jan. 27 in Zoquipan Hospital in Jalisco, an area in western Mexico.

According to the Huffington Post, the girl was 8 years old when she became pregnant. "This is a rape or child sex abuse case," Corona added, according to the Agence France-Presse. Dafne is below the age of consent as stated by Mexican law.

"The father is a boy who is 17, but we have not found him, since he ran away," the mother of the girl told officials, according to the AFP.

“Due to her young age, we don’t know if she is being entirely truthful,” Lino Ginzalez Corona, spokesperson at Jalisco State Prosecutor’s Office, said in a press conference, ABC reports.

The new mother is one of 11 children, according to ABC, and her parents were unable to watch her while they worked.

The Daily Mail is now reporting that Dafne’s stepdad allegedly abused his own biological daughter, and also reportedly beat and shared a bed with the 9-year-old young mother.

“What he has done has shamed our family. I don’t know why the girl’s mother lets him carry on the way he has,” a relative of the stepdad told the Daily Mail. “They’re both liars and I think it’s terrible what has happened. Dafne is a child. She’s just a child. The girl’s mother is in love with him so she protects him, and this is what happens.”

Tomas Coronado Olmos, the Jalisco state attorney general, said today that the birth registry of the girl, named Dafne, raised suspicions about her age since her parents only registered it in 2011.

"We have some evidence of irregularities that we need to investigate,'' Coronado Olmos said, adding that investigators want to conduct a psychological profile of the girl.

The state's health secretary, Antonio Munoz, voiced doubts that Dafne could have been so young.

"The medical characteristics of this minor do not correspond to a nine-year-old girl. She could be much older. She seems to be 15 years old," Munoz said.

Nine-year-old Mexican girl sterilised after birth 'seems to be 15'
http://www.news.com.au/world/nine-year-old-mexican-girl-sterilised-after-birth-seems-to-be-15/story-fndir2ev-1226572306136

Girl With 160 IQ Is Now Smartest Teen In The UK