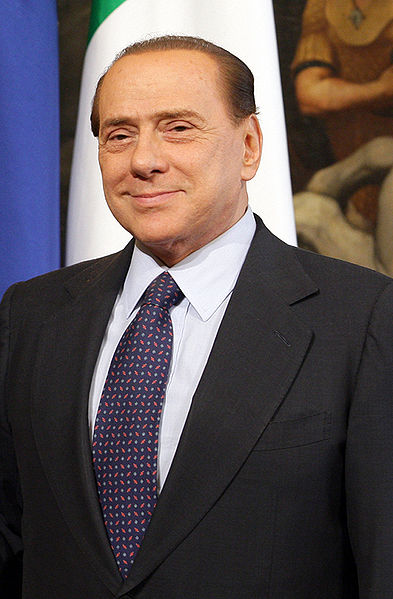 Silvio Berlusconi Likens Family's Judicial Persecution to Hitler's Treatment of Jews
[/caption]Italy's former Prime Minister Silvio Berlusconi was recently convicted of tax fraud which he is vigorously appealing. Berlusconi is never one to miss an opportunity to embellish matters to make a point and in a recently interview he stated that his children complain of the judicial persecution the family has been facing and liken the treatment to what life was like for the Jews during Hitler's reign.

Berlusconi is a billionaire and one of the world's wealthiest men. He owns a media conglomerate which some suggest he ought to sell and subsequently seek tax exile in a foreign country. For his part, Berlusconi is adamant that the whole legal matter is an attempt by the country's left-wing party to ruin his political fortunes. At age 77, Berlusconi still has the door open to additional public service which a felony conviction would prevent.

It's not as if the elder statesman of Italy has no basis to believe he may yet rise to the top of Italian politics. Recent polls suggest that he would garner millions of votes should he run for office again. His legal woes do not end with tax evasion; he is also fighting charges he paid for sex with an underage girl.