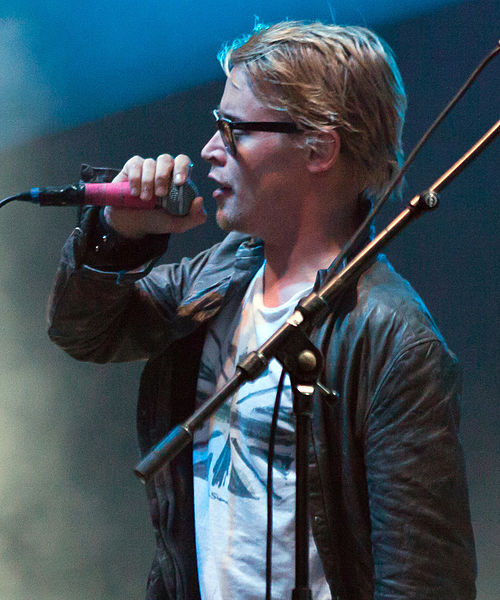 "Home Alone" star Macaulay Culkin is anything but these days as he was recently spotted out and around town in Paris with a beautiful new girlfriend at his side. The 33-year old actor has not been seriously involved in a relationship since splitting with long-time amour Mila Kunis three years ago. His new girlfriend is as yet unidentified but she was extremely happy to greet him after arriving at Paris' Orly Airport and Culkin gallantly presented her with a fresh rose in a bottle. The former child star has had numerous problems in the past, including several charges that he was drug addicted, but is looking contented and happy these days.

Culkin was last seen in public making an official appearance in October at the Comic-Con event held in New York City. In addition to pursuing acting roles, he has also developed a following as a painter and has had several of his pieces on exhibit at various galleries around the Big Apple. The new lady love who is putting a broad grin on his face these days has long brunette locks and a winning smile herself and looks to be in her early 20s judging from photos taken of the couple.

Related Topics:Macaulay Culkin
Up Next