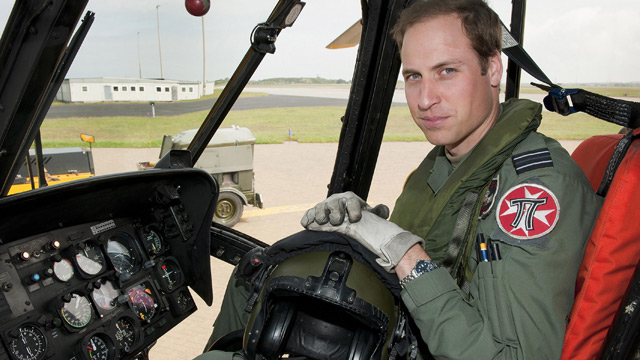 The Old Bailey trial is underway for the phone hacking scandal of the royal couple Prince William and Kate Middleton, the Duchess of Cambridge. As part of the evidence, prosecutors read aloud information illegally obtained from the couple. Some of the messages extracted from voicemail illegally stolen had crown Prince referring to his wife as "Baby" and "Babykins".

In one voicemail, Prince William was returning from a training mission or specifically a navigation exercise. In another message, he informs his wife that he crossed his paths with another regiment while training in the woods and was nearly shot. The prince referred to the experience as "embarrassing".

"I had a busy day today again. I've been running around the woods of Aldershot chasing shadows and getting horribly lost, and I walked into some other regiment's ambush, which was slightly embarrassing because I nearly got shot.

"Not by live rounds but by blank rounds, which would have been very embarrassing, though."

In another voicemail, the prince referred to his red-headed brother Harry as "ginger". Prince Williams left the message in a voice meant to mimic that of Harry's then-girlfriend Chelsy and read that Harry was the most attractive "ginger" she's seen. It was all in fun. It was all in jest. It was all private. The messages underscore the intrusion that Glenn Mulcaire, the private investigator in the trial, had illegally obtained. Mulcaire along with Rebekah Brooks, the former chief of News International, are on trial for the privacy invasion. The two colluded for several years to gain fodder for delicious tabloid headlines.

On The Web:
Prince William told Kate Middleton he had almost been shot in a training exercise, hacking trial hears
http://www.news.com.au/entertainment/celebrity-life/prince-william-told-kate-middleton-he-had-almost-been-shot-in-a-training-exercise-hacking-trial-hears/story-fnisprwn-1226787021942

Man sets himself on fire at Vatican, doused himself in gasoline (PHOTO)