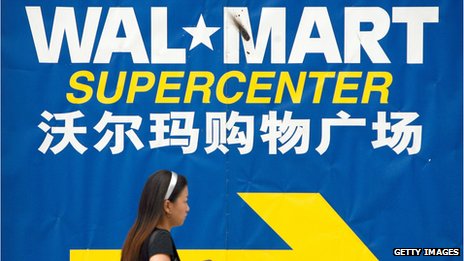 Officials at Wal-Mart, operators of discount retail stores around the world, are red faced with shame after their "Five Spice" donkey meat product marketed in China was found to contain traces of other animals.

The Food and Drug Administration operated by the Chinese government recently discovered that instead of being pure donkey meat, the product was contaminated with fox meat as well. The food supplier is now under investigation and Wal-Mart says it will immediately refund the purchase price for this item to any customer who returns it to their nearest store location.

Wal-Mart also reported that it plans to launch its own investigation to discover how an inferior product was able to make its way onto its store shelves in China and has promised to review and modify its food safety rules as necessary. Wal-Mart says it also intends to file a lawsuit against the vendor who supplied the donkey meat product that was in reality padded with fox meat.

“We are deeply sorry for this whole affair,” said Walmart China president and CEO Greg Foran. “It is a deep lesson (for us) that we need to continue to increase investment in supplier management.”

Wal-Mart says that this recent episode is also a wake-up call that it needs to investigate its suppliers more rigidly.

Consumers on popular microblogging site Sina Weibo were at wondering if they should criticize or applaud the retailer.

The company is already under scrutiny in China for allegedly using eggs past their expiration date in bakery items.

Walmart plans to open up to 110 new stores in China over the next three years, according to the company’s website.