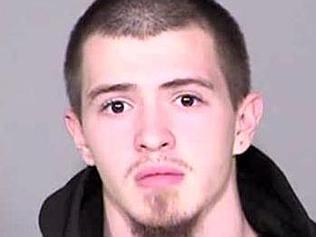 Indianapolis, Indiana - As thievery goes, some thieves specialize in stealing certain types of articles of worth and selling them in the black market. In the case of David Charles, his specialty was purloining human brains and selling them on EBay.

Police arrested Charles, 21, and charged him with stealing human brain tissue from the Indiana Medical History Museum over the past year. He was successful at selling them on EBay.

However, police didn't take notice of his activity until a dissatisfied customer reported his purchase of six jars for $100 a brain to police. The customer began to have misgivings about the legality of the purchase. For Charles, it may have been the ultimate in what is sometimes referred to as "hiding something in plain sight".

Either way, police took the tip and conducted a sting operation to nab Charles with the stolen merchandise. At this point, most of the human brains stolen from the former mental hospital have been recovered.

Charles is charged with theft and possession of marijuana and drug paraphernalia.

Investigators also are looking into the possibility of additional charges, said A.J. Deer, a spokesman for the Marion County prosecutor’s office.

On The Web:
David Charles Steals Brains From Museum, Sells Them On eBay: Cops
http://www.huffingtonpost.com/2014/01/02/david-charles-brains_n_4531441.html

Selfie Olympics: Are You Vain Enough To Win?