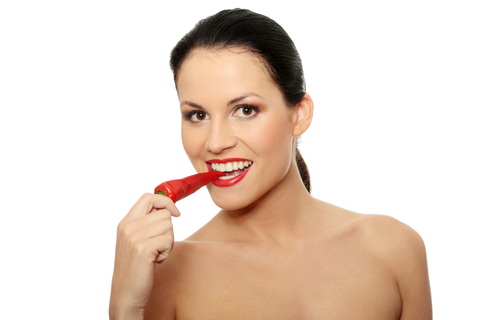 Thane District of Mumbai, India - Police in this populous district of over 11 million people have arrested a napkin salesman in connection with abusing his 11-year-old maid. According to the charges, he compelled the young lady to consume chili peppers as punishment for failing to dispense her duties as he demanded. He also rubbed chili peppers on her body in another form or corporal punishment.

The man's wife has not been charged yet with any crime or complicity in the abuse, but she has been questioned by officers.

Sarjil Ansari, the 38-year-old accused man, and his wife purchased the girl for 15,000 rupees (~$240 USD) from her parents who believed he would be providing her a new life and education.

It turns out to be have been true, but not in the way the parents or girl believed. She became an indentured servant to the couple.

What prompted the punishments were her bouts of urinating on herself out of duress and fear.

“They used to regularly torture and beat up the girl. The girl complained that she was forced to eat chillies, which were also applied on her body,” he said. This would happen when she urinated out of stress or fear, he added.

“Often the family would turn up the volume on their home music system to muffle her cries for help.” Sarjil Ansari, a 38-year-old napkin seller, was arrested over the weekend in Thane near Mumbai. His wife Farhat was being questioned, said an investigating police officer.
(photo NDTV)[/caption]

The young girl has now been removed from the home and is in the care of a non-governmental organization. It is not clear if she will be returned back to the custody of her parents. Police expect the case to go to trial.

According to ndtv, in 2006, India passed legislation banning employment of children under 14 in households, roadside eateries and hotels, but the law is openly violated.
On The Web:

Deputy Prime Minister Nick Clegg: “I could beat Ed Balls in a fight because I kick box”