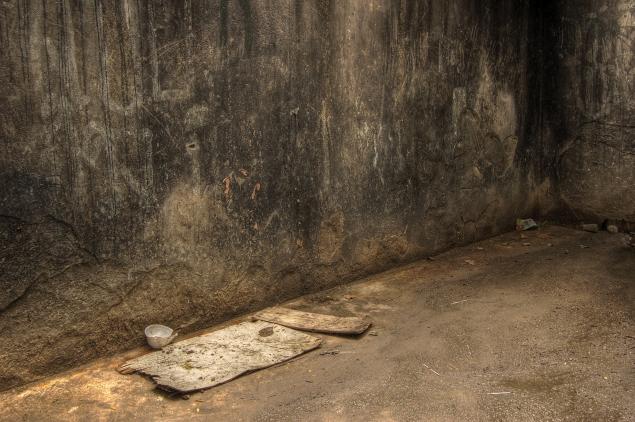 Barkhan, Pakistan - Abdul Rehman Khetran is a minister of parliament and as such commands respect in this southwestern province of the country. Indeed Mr. Khetran has the appearance of a sultan of sorts. He has an upscale private residence and employs his own armed security detail.

However, an unrelated incident exposed a dark secret of the MP. His guards ambushed police at a local checkpoint taking their weapons. That act sparked a police raid of his residence and turned up seven people chained in the home's cellar. The victims included two women and three children.

According to New York Daily News, two of the prisoners had been chained in the dungeon for two years.

Now, MP Khetran and his six guards are getting a taste of their own medicine as they've been arrested with charges following the imprisonment of their victims. So what does the MP have to say for himself? For starters, he decried the police invasion of his home as illegal. That's an interesting choice of words for someone holding seven people captive against their will.

The MP also said the arrests were politically motivated IE not related to the victims.

In recent years, the Baluchistan province, where the MP resides, has been the site of a violent separatist movement. Police found a truck load of ammunition at his residence as well.

A number of private dungeons have been discovered over the last few years. ADRIAN HILLMAN/GETTY IMAGES/HEMERA/GETTY IMAGES/HEMERA Pakistani legislator Abdul Rehman Khetran is in hot water after police discovered he was running a private dungeon (not pictured) at his house. Police also seized a truck filled with weapons at the location.[/caption]

On The Web:
Three children and four adults 'found chained up in a DUNGEON at Pakistani MP's home'
http://www.dailymail.co.uk/news/article-2539619/Pakistani-legislator-arrested-police-discover-seven-people-including-three-children-chained-dungeon-home.html