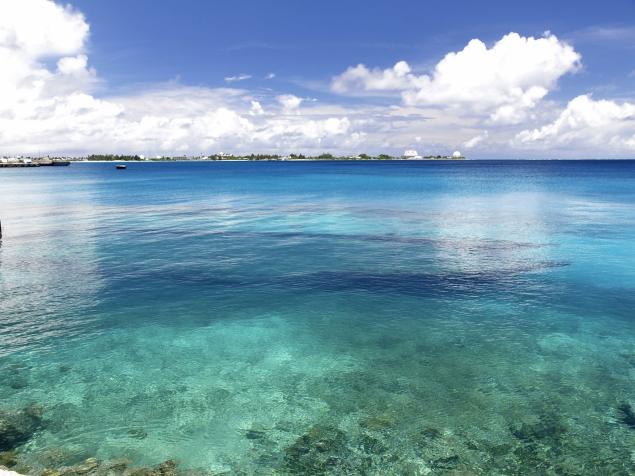 Ebon Atoll, Marshall Islands - A Mexican man was rescued when his fiberglass vessel drew near to this remote atoll (coral barrier surrounding a lagoon) which is located a lot closer to Australia than his native Mexico. As best be determined at this point, the man had set about traveling from Mexico to El Salvador with a companion aboard this vessel which has not engine.

According to Ola Fjeldstad, a Norwegian national conduction anthropology research on the atoll, the man says he left Mexico back in September 2012 for his ill-fated voyage. His vessel was heavily scuffed up and he himself wore nothing but ragged worn out pants.

"His condition isn't good, but he's getting better," Ola Fjeldstad, a Norwegian anthropology student doing research on Ebon, told AFP by telephone. "He has a long beard and hair."

He survived on a diet of fish, turtles, and birds which he may have caught with his bare hands as there was no fishing equipment aboard the vessel. He says that when water was not available, he drank turtle blood.

"He's staying at the local council house and a family is feeding him," said Fjeldstad, who added that the man had a basic health check and was found to have low blood pressure.

He said his companion died recently, but the details are sketchy. The man only speaks Spanish and apparently no one on this sparsely populated atoll is a skilled with the language. At the time he was found, he was said to be in poor shape and emaciated. He is slowly recovering.

On The Web:
Man lost in ocean reaches shore after floating more than 16 months
http://www.emirates247.com/offbeat/crazy-world/man-lost-in-ocean-reaches-shore-after-floating-more-than-16-months-2014-01-31-1.536759

Related Topics:Man lost in pacific reaches shores
Up Next